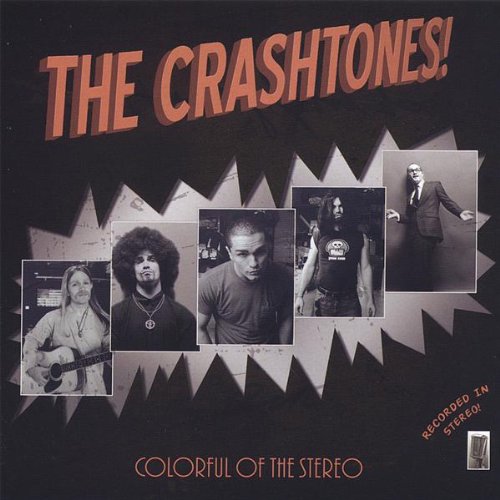 Review of the debut album by Sam Witwer’s The Crashtones.

Sam Witwer proves his musical genius with style in his band’s debut album from 2006.

Sam Witwer is popular in nerd culture, from his appearances in Battlestar Galactica, Dexter, and Smallville, to his iconic roles in Star Wars like Starkiller (AKA Gallen Marick), The Son, and Darth Maul. What many people don’t know is that he is also a musician and frontman of the alternative metal group The Crashtones. Not just frontman, but only man– interestingly, enough he plays the roles of all the other band members. This album is obviously influenced by the Red Hot Chili Peppers and fuses a lot of genres like rock and roll, funk, and even a little hip hop.

“The Date Song” is the opening track and does a good job of setting the tone for the album. Fast and loose melodies, over-the-top vocals, and a lot of fun: these are all in “The Date Song,” and the music itself contrasts the almost dark nature of the lyrics. The lyrics depict someone who finally has a date with a beautiful woman, and he feels like maybe he’s now worth something. It’s pretty dark subject matter, but the fun and catchy beat will definitely have you singing along.

A short but fun track is “King Of The Robots.” This track has references to different robots and mechs from nerd culture like Voltron and The Transformers. Witwer shows off a little of his vocal range here, going from soft to over-the-top aggressive at the drop of a hat, and it works really well. The bass line here is impressive, and the bass in general is really good throughout the entire album.

“Alone” slows down a bit and shows a softer side of Sam Witwer’s songwriting. The most prominent instrument this time around is an acoustic guitar, which works here for the softer tone. Witwer almost whispers the lyrics here, and his delivery sounds labored, which makes the line “I’m alone” hit hard.

If I found one flaw with this album, it would have to be the drumming. It’s not terrible, but it isn’t as wild nor does it stand out as much as all the other instruments on this album. It serves its purpose but doesn’t really go above and beyond like everything else on the album.

Colorful of the Stereo is a unique and wild ride you aren’t soon to forget. The album has high points and softer songs that don’t ruin the tone or pacing built up. It beautifully meshes many genres and sounds. Sam Witwer’s vocal talent cannot be overstated; his delivery and range is pretty impressive and no doubt comes from his experience as a voice actor. The Crashtones are largely unheard of, even by fans of Sam Witwer, and you should definitely give this Colorful of the Stereo a listen.

All songs are written and produced by Sam Witwer. The album Colorful of the Stereo is available on physical media and all streaming platforms.