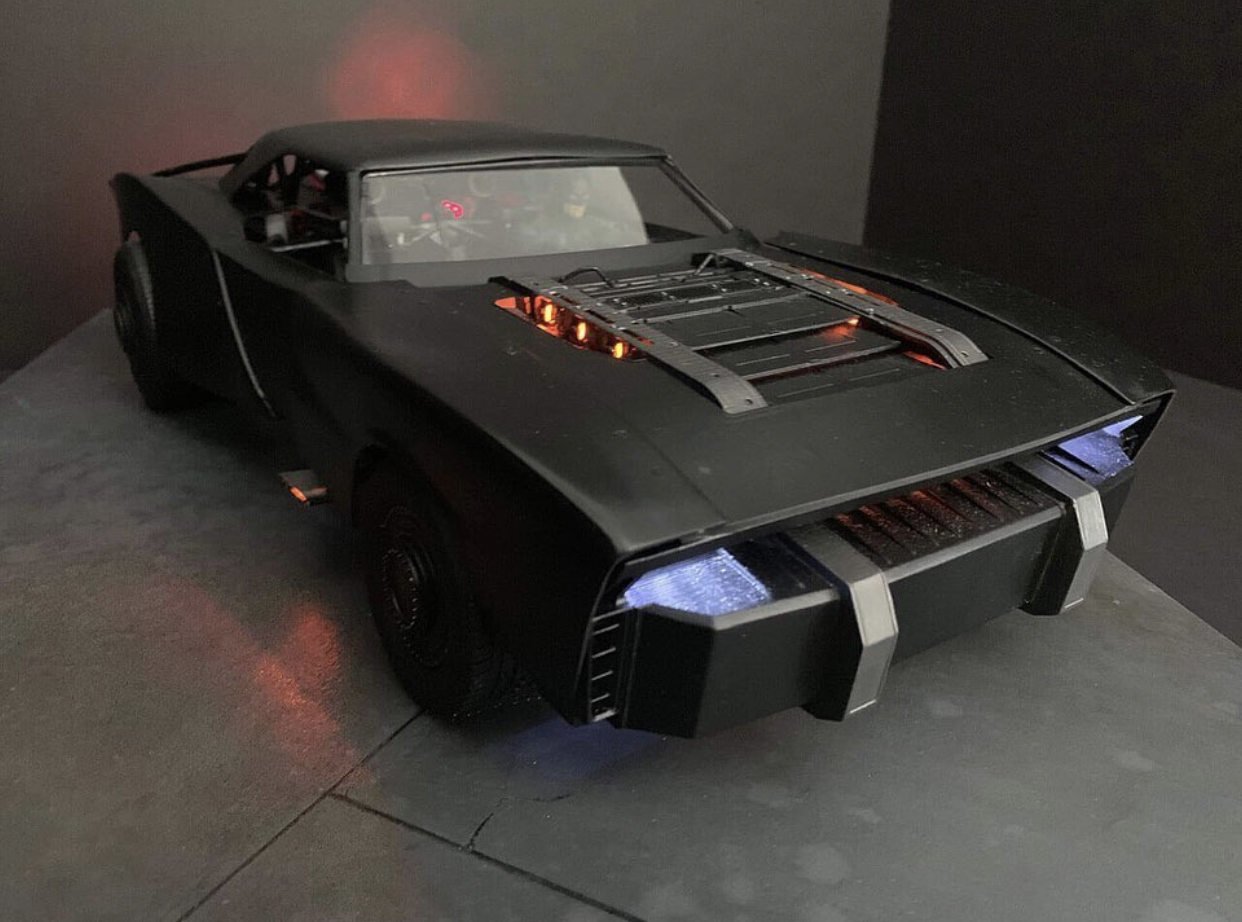 More images of Robert Pattinson’s batmobile have been released.

Even though the world may be shutdown due to COVID-19, it doesn’t mean the hype train for upcoming movies can’t keep on rolling. A particular train thundering ahead is the one for The Batman, especially with new images of the Batmobile.

One of the things everyone looks forward to in a Batman movie goes beyond the Dark Knight himself and his supporting cast. As much as Batman gets people into theaters, there is a high degree of excitement for the Batmobile as well, and the Batmobile for the 2021 film is a fine piece of machinery.

Earlier today, Hollywood model maker Jeff Frost posted photos of the model he made of this legendary car, giving fans a fantastic look at what they can expect when the film debuts.

Jeff is a master model maker, having worked on a wide variety of projects over the years, including Batman v. Superman: Dawn of Justice, Thor and Guardians of the Galaxy Vol. 2.

His take on the Batmobile is a sleek muscle car, with serious tires for tearing around Gotham City and a gorgeous-looking high-powered engine mounted in the rear. There seems to be a mix of influences at play here, from the classic Adam West ride from the 1966 TV series to the iconic design brought to life in Bruce Timm’s Batman: The Animated Series.