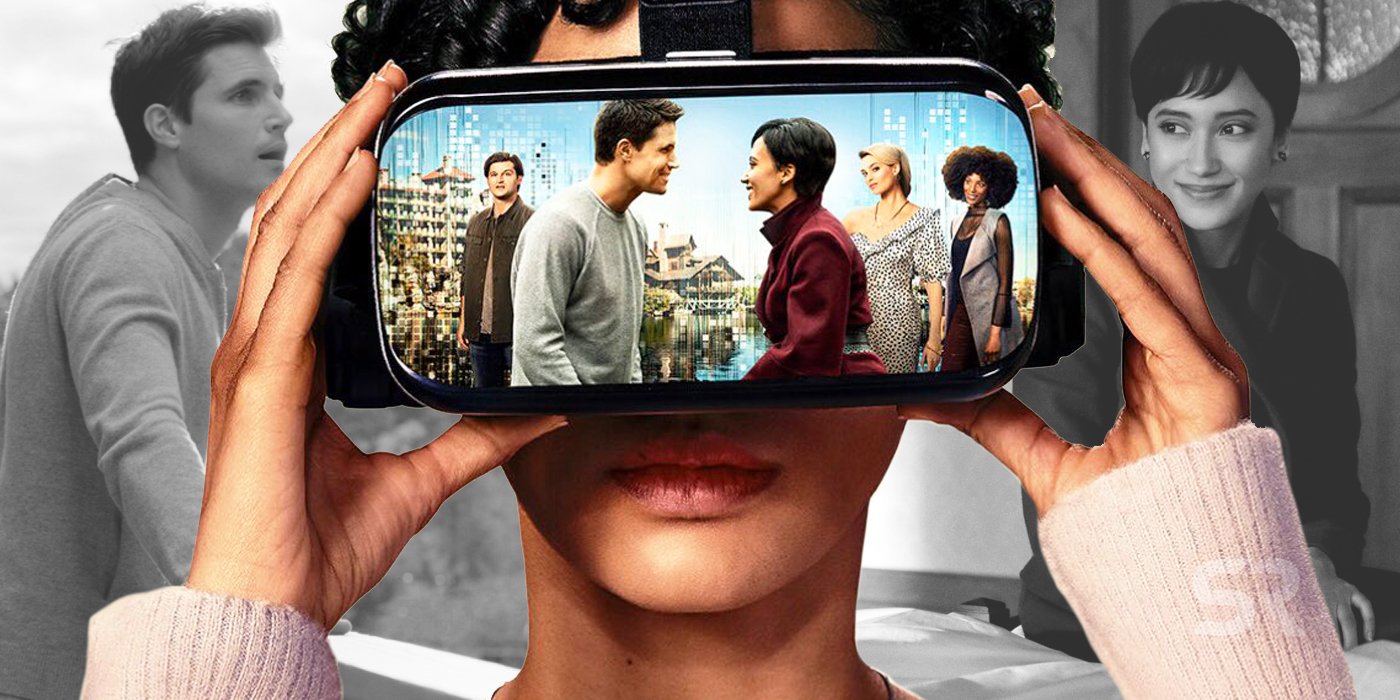 I expected some kind of The Office-esq TV show with quips and jokes with no real depth to story or plot. However, I was pleasantly surprised to discover Daniels has created a sci-fi murder mystery with elements from beloved shows such as The Office and Parks and Recreation.

The premise of Upload is really fun as it explores the possibility of having your consciousness put into a virtual reality where you can live for an unnumbered amount of years after you die in the real world.

The plot is fairly interesting as a concept that is fun to explore considering Virtual and Augmented Reality are becoming more prominant in modern society.

We follow the story of Nathan Brown, a coder whose death seems fairly conveient considering he is trying to create a code where people who can’t afford the expensive after life can create their own a virtual heaven.

Nathan gains his “angel”, or Nora whose job is to help Nathan readjust to his new technological afterlife. Nora and Nathan find themselves becoming interested in each other, which complicates things as Nathan’s afterlife is being paid for by his real-life girlfriend….who he really doesn’t seem very into.

The characters have interesting layers that we get to explore throughout the season.

Robbie Amell plays the “L.A. douche bag” Nathan Brown whose afterlife experiences turn him into a soft lovable character. Amell plays this role very well as someone who struggles with their life in virtual existence and seeks the help of Nora to get him through it. It was really nice to see Amell in a role outside of the CW’s DC Tv Universe and other smaller mid 200’s films, this could be a stepping stone to take Amell’s acting career into bigger territories.

Andy Allo plays Nora, Nathan’s angel and love interest. Allo is a musician and actor whose previous roles I’ve never seen. However, I enjoyed her performance. She played the role of Nora, a introvert who finally found love outside of the real world, really well. Allo’s portrayal as the show progresses turns her into a detective of sorts as she must help find out why Nathan’s death was conveinent.

Upload is super interesting with a story that will keep viewers continuing to watch. I binged this show in about two days and I was really invested in the characters and the story kept me intrigued on what would happen next.

The story is very human despite the pop-up ads and lag that characters sometimes experience.

There were a couple of episodes that weren’t as thrilling as others and some of the side-characters can be spotty in terms of their acting but they are still understandable.

Overall I give this show a

This is a big month for director Daniel’s as he releases Netflix exclusive Space Force on May 29th.