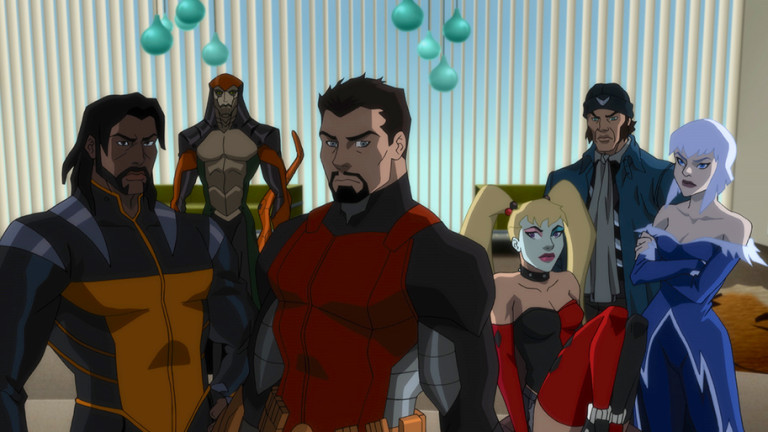 Suicide Squad: Hell To Pay was released in 2018. The movie was directed by Sam Liu and stars Christian Slater, Vanessa Williams, Billy Brown, Tara Strong, C. Thomas Howell, and Liam McIntyre. The plot sees Amanda Waller putting together the Suicide Squad to obtain a get-out-of-hell-free card before other villains like Reverse Flash or Vandal Savage.

I think this movie has its own sense of humor to it. The movie almost seems to poke fun at certain aspects of the DC universe. Its humor makes for a tone so unique to this film, a tone that bolsters the quality and helps the film stand out. The plot itself does a good job of fleshing out its characters quickly and efficiently. By the end, I felt I understood most of the characters’ motivations.

I felt this film doesn’t take the time to flesh out every character. For example, Vandal Savage’s inclusion feels like an afterthought to throw in a few more villains. Amanda Waller’s motivation for wanting the get-out-of-hell-free card, the reason the Suicide Squad is there, is never explained. This is more of a nitpick, but I do believe Harley Quinn’s inclusion was pointless, and she’s obviously only there for marketing purposes.