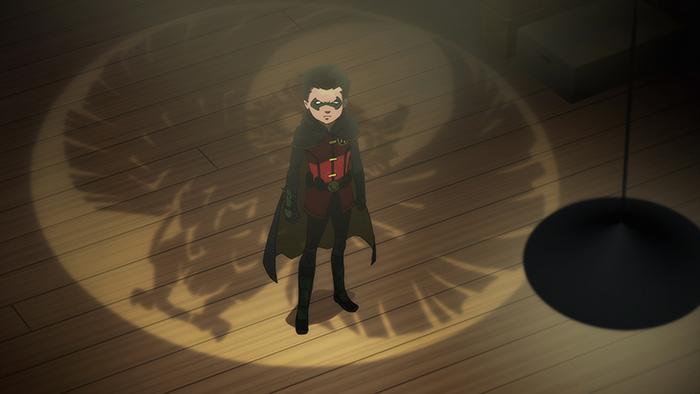 ` Batman Vs Robin was released in 2015. It was directed by Jay Oliva, and stars Stuart Allen, Jason O’Hara, Jeremy Sisto, Steve Maher, and even Weird Al Yankovic. The plot sees Robin growing frustrated with all the secrecy in his life and his relationship with his father. Batman begins investigating the possible existence of the Court Of Owls. A new villain Talon begins to encourage Damian and appeal to his darker nature, and Robin even considers joining him.

One thing I really appreciated was the edge this movie took on. This is a pretty dark movie with the tone set right from the beginning with the Dollmaker. This edge never comes off as trying too hard, It easily could, But Jay Oliva’s direction harnesses the tone well. Once again Damian Wayne proves to be one of the better parts of this shared universe. Stuart Allen’s performance is so good and outshines everyone else in this movie. Jason O’Hara actually sounds like he’s trying, his performance isn’t so flat in this movie.The villain Talon is definitely an improvement on Deathstroke. He’s very charismatic and a genuine threat for the Dark Knight because he can actually get to him through his son.

I think the pacing of this movie is rather quick, it probably could’ve used another 10-15 minutes to flesh out the plot more, I don’t think that’s unfair cause the movie doesn’t even break 1 hour and 20 minutes. Parts of the plot feel a tad rushed like Talon’s backstory. The Court Of Owls themselves are pretty weak in the film, the movie never takes full advantage of them and uses them to further expand on Talon’s character.

This movie improves on Son Of Batman in places like tone and character writing. It continues it’s string of good voice acting as well. Some plot points feel rather rushed however and the movie doesn’t take some extra time to fully develop some portions of the story. But in the end a well utilized tone, good voice acting, and some stellar character work elevate the film above others in this shared universe.