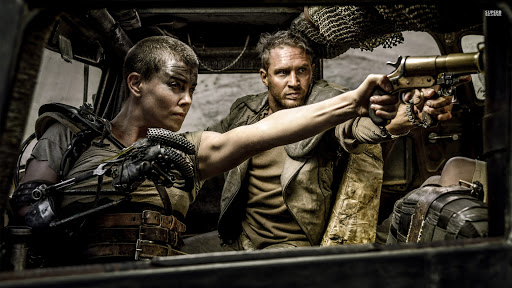 George Miller has been opening up about his plans for future Mad Max films, that includes a prequel revolving around Imperator Furiosa. In Mad Max: Fury Road, the character was portrayed by Charlize Theron, and was one of the many highlights of an action masterpiece.

Miller will work on a film titled Three Thousand Years of Longing, that was supposed to film this spring but couldn’t start due to COVID-19. After production concludes, the Furiosa prequel is reportedly next, but it won’t be with Charlize.

It was confirmed by Miller that he initially thought he could bring back Charlize using de-aging CGI similar to The Irishman, but has now decided against it.

“For the longest time, I thought we could just use CG de-aging on Charlize, but I don’t think we’re nearly there yet. Despite the valiant attempts on ‘The Irishman,’ I think there’s still an uncanny valley. Everyone is on the verge of solving it, particularly Japanese video-game designers, but there’s still a pretty wide valley, I believe.”

Miller on Charlize not returning

Despite Charlize not returning, Miller is bringing back the same crew that made Fury Road so great. Production designer Colin Gibson who was in charge of building 135 vehicles for Fury Road, teases that this prequel will have even more vehicles on screen. Cinematographer John Seale who retired after Fury Road will only work again with Miller on another Mad Max film.

“I’ve had wonderful opportunities to work after ‘Fury Road,’ as you can imagine, and I’ve passed on all of them. But on ‘Fury Road,’ I told George, ‘If anybody else rings, I’m retired. If you ring, we’ll have lunch.’ And seven years later, he rang.”

Seale on returning for Furiosa

Miller wrote extensive backstories for characters like Immortan Joe, the Doof Warrior, and Furiosa in order to get a better grasp on them.

The backstory for Furiosa deeply compelled Miller and his co-writer Nick Lathouris, where they ended up writing a whole screenplay before Fury Road was even shot. The screenplay was praised by one of Fury Road’s stars Rosie Huntington-Whitely, who hopes this movie can get made one day.