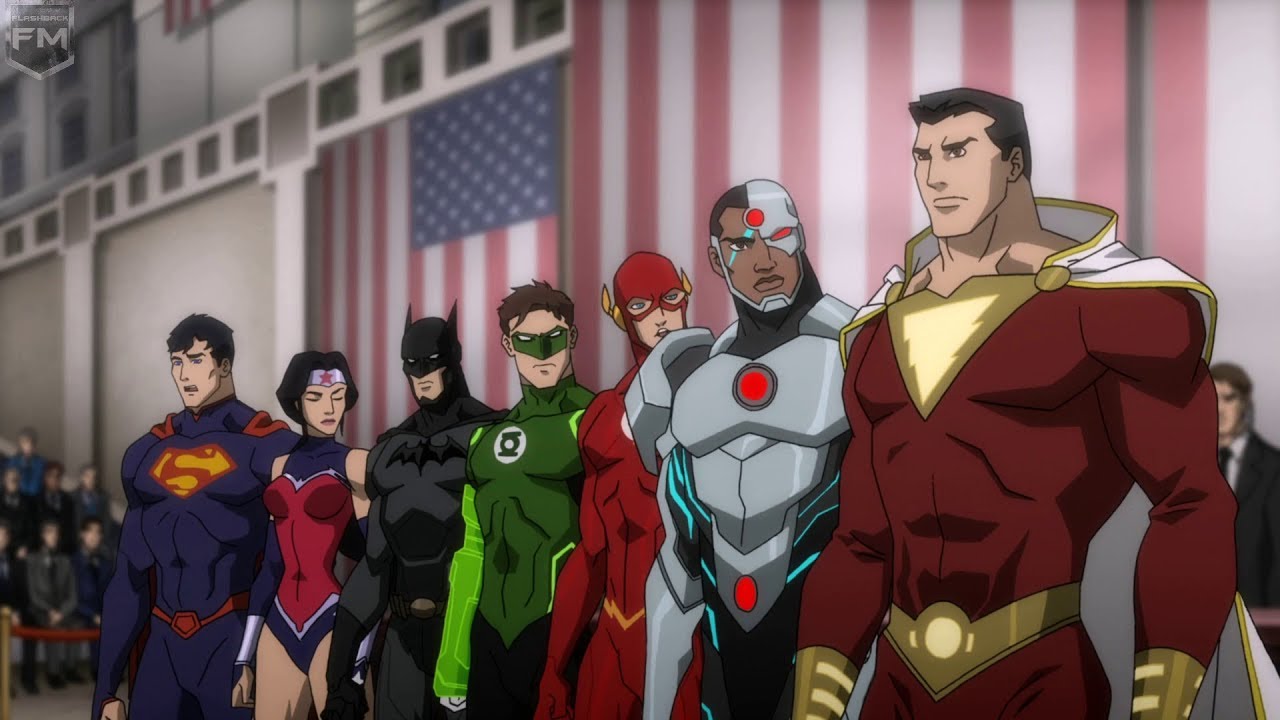 Justice League: War was released in 2014. This movie was directed by Jay Oliva and stars Justin Kirk, Jason O’Mara, Alan Tudyk, Christopher Gorham, Sean Astin, Shemar Moore, and Michelle Monaghan. The plot sees Parademons infiltrating the earth and preparing for a full scale invasion by Darkseid. The Justice League must overcome their differences and band together to stop Darkseid from turning the earth into a new Apokolips.

I think this movie’s biggest strength is using the different and distinct personalities of the different characters and clashing them. Green Lantern and Batman in particular bounce off of each other very well. Green Lantern’s arrogance and Batman’s no nonsense attitude make for some very entertaining interactions. Cyborg and Shazam have this fun dynamic of a fanboy and a disinterested role model. It’s these character interactions and butting of heads that really make this movie stand out. The action is fairly well done with some fluid and crisp animation.

I do have an issue with some of the casting here though. I’ve never been a fan of Jason O’Mara’s Batman, he always seems so monotone and disinterested in everything. It’s hard to connect with a Batman who just doesn’t seem to care. Alan Tudyk tries but I just don’t think he had the right voice or line delivery to pull off Superman, he felt miscast.

This movie is a decent follow up to the Flashpoint movie, and an alright entry into this shared universe. Jay Oliva once again displays his expertise at directing animation and adapting comic storylines. The film does a good job of pitting different personality types against each other entertaining interaction and this is the film’s best quality. The cast doesn’t do as good a job as they could. The cast range from pretty good to really bland, Sean Astin and Shemar Moore infuse energy into their performances while Jason O’Mara and Alan Tudyk just don’t feel up to the task. This is not a bad movie by any means and is worth watching but has flaws that echo throughout the rest of this shared universe.