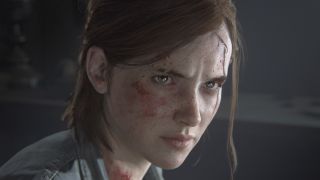 Neil Druckmann says “The Last of Us 2” might be divisive.

Upon leaks of Naughty Dog’s upcoming project, The Last of Us 2‘s divide between fans of the series and newcomers continue to exist for various reasons, but now Neil Druckmann himself has come forth with a statement on the state of the game and it’s story.

In the words of Neil himself: “There’s always the fear that when you make something great, and you’re going to back it up, you’re going to mess it up.” This can be something quite natural for developers to feel when they add a new chapter to a game franchise. After all, most developers try to reinvent and create new wonders for players to experience, such as God of War, another game that reinvented a lot of things such as the over the shoulder gameplay, or taking players to an all new mythology altogether. The point is, taking risks can either work and excite players, or just do the opposite.

Druckmann further stated “And I’m thinking this one might be more divisive than the first game in a very kind of exciting way.” Perhaps what could grip fans might work for some but not others, especially evident by the already clear divide that has split among those who have seen the leaks.

As divisive as the leaks could be, if you are excited for this game,you owe it to yourself to play, experience, and judge the game for yourself. With this in mind, you yourself can make a decision on whether or not this game will be divisive for you “in a very exciting kind of way” or not.