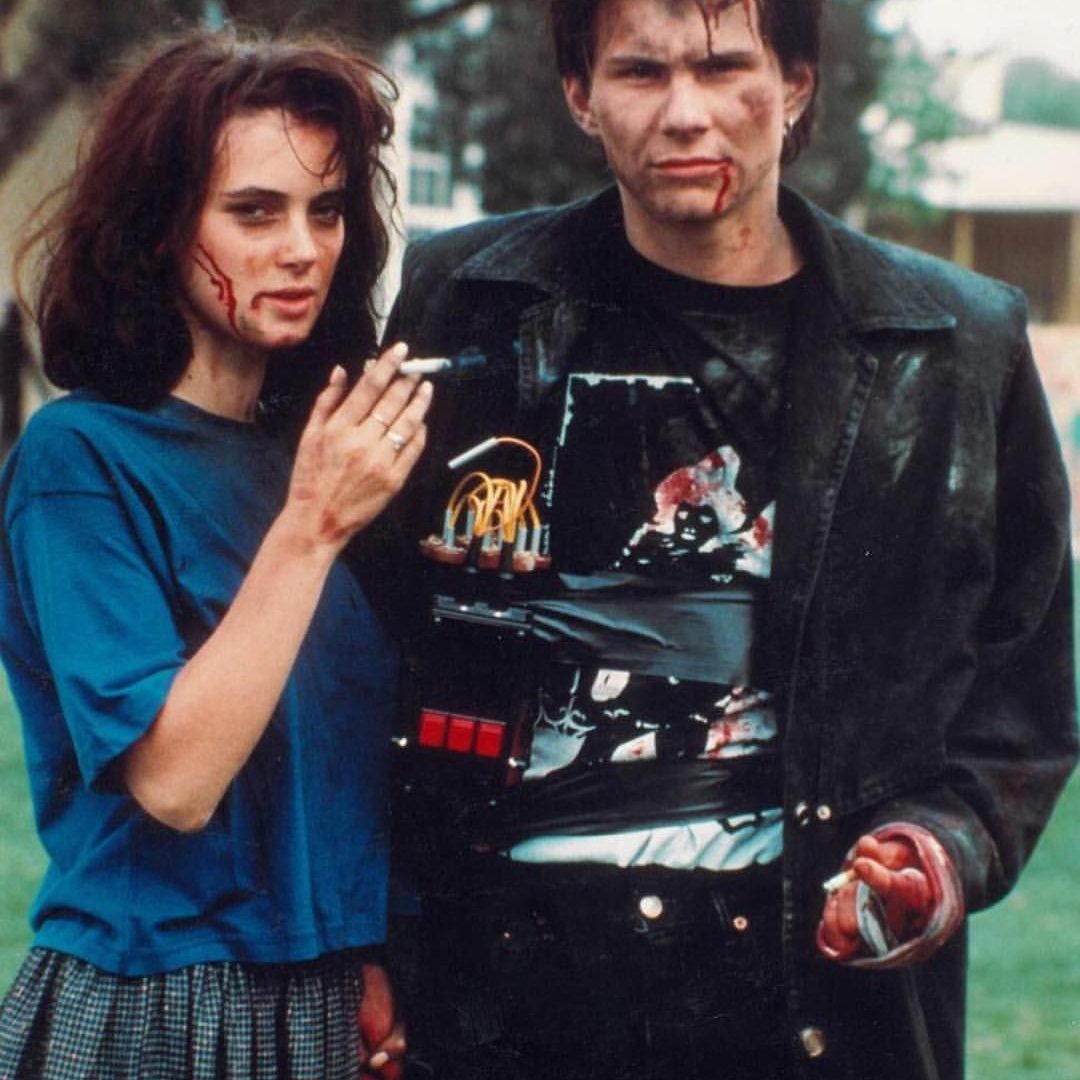 Heathers, set against the backdrop of high school in the 1980s, is far from a John Hughes movie. When protagonist Veronica Sawyer(Ryder) meets everyone’s favorite bad by JD (Slater) their love takes a turn from Romeo + Juliet to Bonnie and Clyde after Veronica manages to anger Heather Chandler (Walker). Veronica returns to her the following morning to apologize and beg for her forgiveness; it is here that JD first suggests the murder, pouring drain cleaner into a mug identical to the one Veronica prepares. When Veronica switches the mugs, their first true crime takes place. Killing her immediately, JD and Veronica freak out before realizing that the best course of action is to fake a suicide, writing a suicide note in her handwriting. This is the first of a string of murders committed against the bullies at Westerburg high school, culminating in a final spectacular plan that Veronica tries to stop.

When written in plain words such as this, it’s easy to miss the true nuances included in Lehmann’s filmmaking that elevate this movie from an offensive cliche to a true masterpiece in satire and dark comedy. None of the characters in Heathers are particularly likeable, the Heathers themselves are whiny epitomes of privilege, Veronica finds herself as their puppet despite craving more, and JD, while well intentioned, is a crazed psychopath with a clear God Complex who believes he can decide who lives or dies. This makes for an incredibly difficult film to attach one’s self to as an audience member, but somehow, through its incredible wit and sarcasm, makes it feel so easy.

The use of colour is gravely important in Heathers. The Heathers themselves are colour coded both for individuality and uniform. Heather Chandler, the HBIC of Westerburg High, is known for her red blazers and signature red scrunchie. Red is a dominant colour, with associations of Power, war, and determination. Next comes Heather Duke in green. Duke is envious of the power and status her red counterpart holds, and this is emulated through her colour scheme. Green is often used to symbolize envy, greed or longing. Heather McNamara is prominently featured with yellow, along with her light blond hair. Yellow can symbolize many positive things, but here it is clear as a symbol of cowardice, sickness, or jealousy. JD is of course coded in black, from his signature trench coat to Slater’s dark messy hair, whereas Veronica, initially seen in all blue, begins to show aspects of blue and black in her clothing, before finally returning to just blue again.

Heathers tackles many timeless issues that plague high school students around the globe, such as bullying, social hierarchies etc… but it also analyzes age old questions about right and wrong, or good and bad, by blurring the lines and showing each character’s faults in their extremes. This dark comedy takes on such serious issues, and that is what makes the film so timeless (despite the clear 1980s stamp on their clothing and hair), inspiring millions to watch repeatedly.

From the time of its release onwards Heathers has dared to explore, comment, and poke fun at the societal pressures we place on ourselves and each other. Using humor, emotion, and expert storytelling, Heathers manages to create a timeless classic.

Besides cementing itself as an instant classic as a film, Heathers has been adapted for the stage. Heathers: The Musical debuted off-broadway in 2010, gathering a cult following much like the film itself. Despite never seeing the light of day on Broadway proper, 2018 saw the West End’s take on Heathers: The Musical to critical acclaim.