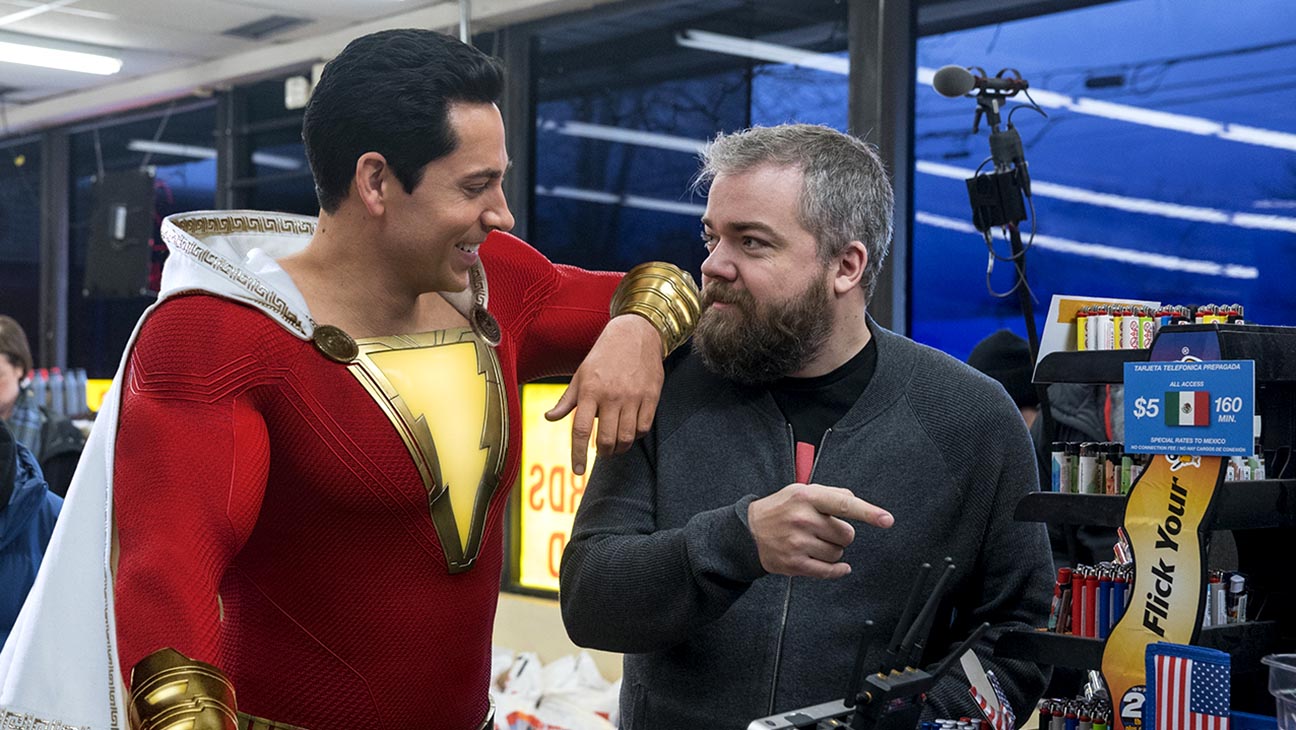 Like many other filmmakers in quarantine, David F. Sandberg, director of Shazam! (2019), did a watch party and director’s commentary for his film on Twitter.

Like many other filmmakers in quarantine, David F. Sandberg, director of Shazam! (2019), did a watch party and director’s commentary for his film on Twitter. Sandberg had some interesting behind the scenes facts and anecdotes to share, so let’s take a look at them.

Wonder Woman (2017) began with a cinematic intro featuring the Justice League founding members, followed by a few dozen other characters. This intro has appeared in every DC film since, except for Shazam! The reason for this—Sandberg actually forgot to include it. New Line Cinema, the studio that distributed the film, said nothing, so the movie premiered without the DC intro.

As it turns out, John Glover, who played Lionel Luthor in Smallville, wasn’t brought on until reshoots. He portrayed Dr. Sivana’s father in both the beginning flashback and the boardroom scene. Sandberg said originally they were going to have two different actors play a younger and older Sivana’s father, but decided to have Glover play both in reshoots to avoid confusion for audiences.

Most of the film was shot in Toronto, not Philadelphia

From cheesesteaks from the restaurant Geno’s to the statue of William Penn, Shazam! really nails the setting of Philadelphia. Ironically, the movie was actually mostly shot in Toronto, as Philly was too expensive. Still, New Line wanted to include the iconic steps from Rocky in the film, so there were some parts of the movie that were indeed shot in the City of Brotherly Love, just not as many as you’d think.

Graffiti in the background was made by the crew

A small detail that added credibility to the movie’s version of Philadelphia was graffiti on the walls, contributing to the feel of the city. Sandberg revealed during the watch party that graffiti cannot be used while filming in Toronto without the artist’s permission, so the crew put up their own graffiti for the movie. It’s a small touch, but a good inclusion to the setting.

The robbery scene was filmed in a real convenience store

You may recall the scene in the film where Billy and Freddy go to a convenience store and buy beer, and end up foiling a robbery in the process. Not only was this Sandberg’s favorite scene in the film, but the director revealed it is indeed an operating convenience store. The store even sold bootleg copies of movies, one of which was Sandberg’s own film Annabelle: Creation. The director made sure to sign a copy.

Perhaps one of the most terrifying scenes in the film was when Dr. Sivana crashed his father’s boardroom meeting, killing everyone present. It was a rather dark part for the film, and some thought New Line would have frowned at its inclusion, as Shazam! is mostly a family friendly movie. Sandberg revealed that New Line actually encouraged him to “lean [into] his horror roots,” which the director most definitely went for.

After Billy refuses to show up for a school lunch as Shazam, Freddy confronts him and tells him he got a “suit case wedgie,” where someone gets a wedgie and gets carried by their underwear like a suit case. While the theatrical cut doesn’t actually show the wedgie, Sandberg confirmed that the scene was shot.

The mall Shazam! filmed at was open during production

The first, leaked look of Zachary Levi in the Shazam costume came from the mall chase scene, where Sivana is going after a terrified Billy. Sandberg confirmed that these leaked images came about because they decided to film while the mall was open.

Freddy’s Batarang was a prop from Batman V. Superman

Holy Snyder homage Batman! Fans were quick to point out the batarang Freddy owns and Shazam uses to stab Sivana looks exactly like the ones used by Ben Affleck’s Batman. Sandberg confirmed during the watch party that the batarang had also been used for Batman v. Superman: Dawn of Justice, and joked that he should have held onto the prop.

Sandberg had a few cameos throughout the film

Throughout the watch party, Sandberg talked about a few cameos he had in the movie. As it turns out, he provided the voices for the evil caterpillar Mr. Mind and Marilyn Batson’s boyfriend Travis. Perhaps the most interesting cameo, though, is the crocodile men the kids see behind one of the doors at the Rock of Eternity; Sandberg played all three of them.

Sandberg shared a lot of interesting details about Shazam! during his watch party. What did you think?