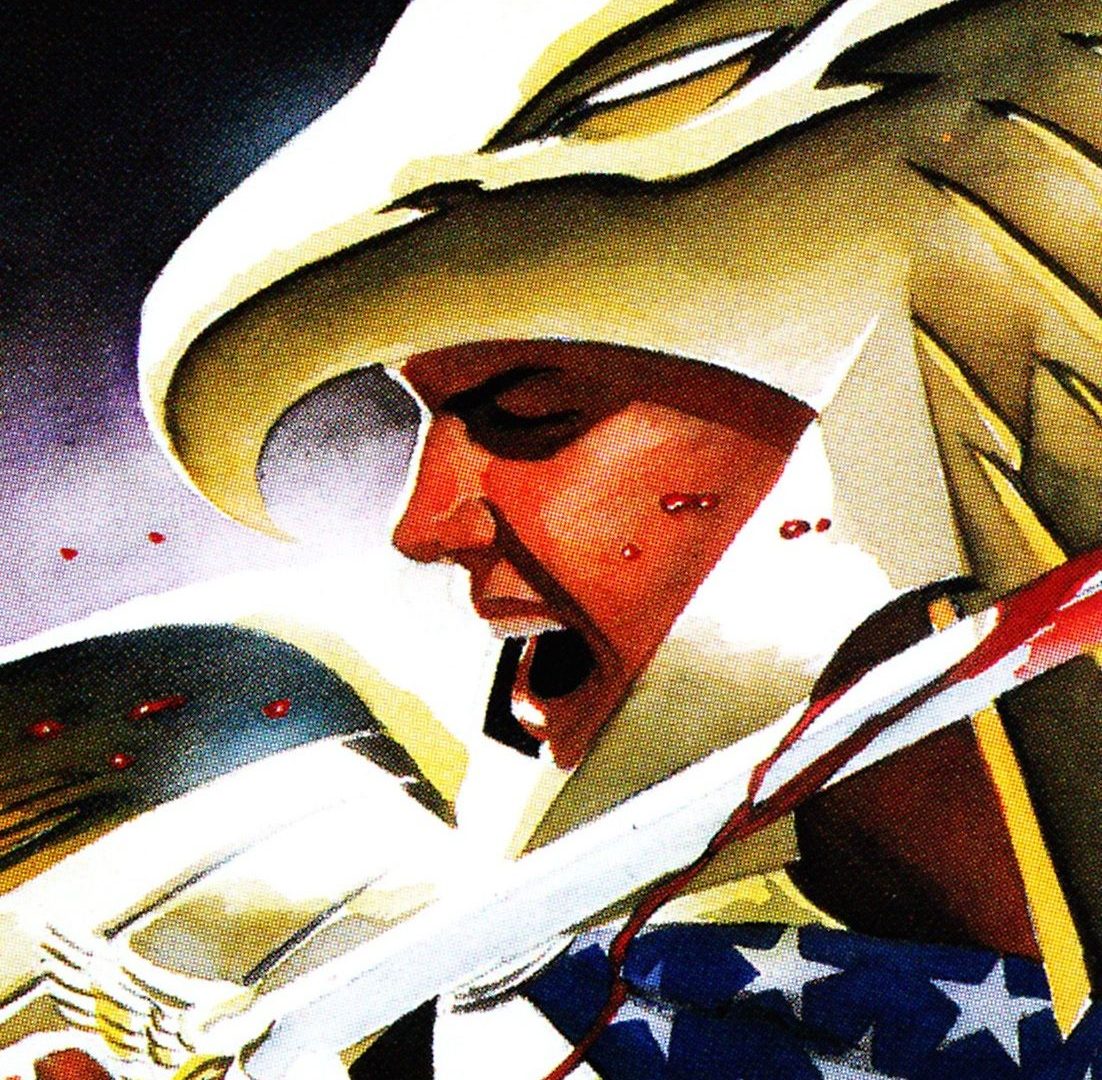 By now you know Wonder Woman will don her rare Golden Eagle Armor in the upcoming film Wonder Woman 1984. The film has released a few different posters showcasing the armor in all its glory. But do you know where it comes from?

Written by Mark Waid and Alex Ross, painted gorgeously by Ross in a way that makes these heroes feel like so lifelike, KINGDOM COME is considered one of the greatest DC stories ever told in a style that is unforgettable. Originally released as a 4-part Elseworlds series in 1996, the story depicts a time after the Justice League has disbanded and split down the middle, Superman has retired, a band of new anti-heroes running amuck, and when new threats arise. Without giving away any details to the story (if you haven’t read the book, please do so), Wonder Woman is shown as a true Amazonian warrior. The Golden Eagle Armor is believed to be the original armor of the Amazonian.

After the armor was brought to life by Alex Ross in Kingdom Come, it didn’t take long for other writers and illustrators to bring the battle suit back into the fold at DC. In 1999 Wonder Woman #144, after getting bested by Devestation (a creation by the Titan, Cronus), Diana Prince suits up in her golden armor for revenge. Diana also uses the armor in 2001’s Our Worlds at War, when she goes toe-to-toe against Imperiex. These are just a few examples but there are more instances of Diana in a gold plated armor.

If you haven’t caught on, Wonder Woman uses the Golden Eagle Armor when the sh** hits the fan, when she goes into full warrior mode, when there’s a battle she must endure to earn a victory. The armor is not an every-day battle apparel, no, its for a serious-mood type of battle. I might be biased, but if Alex Ross hadn’t portrayed and painted Wonder Woman the way he did in Kingdom Come, we might have never seen these other inspired stories unfold. Thank you Mr. Ross.

2 thoughts on “WW84’s Golden Eagle Armor In New Promos, and Where It Came From”