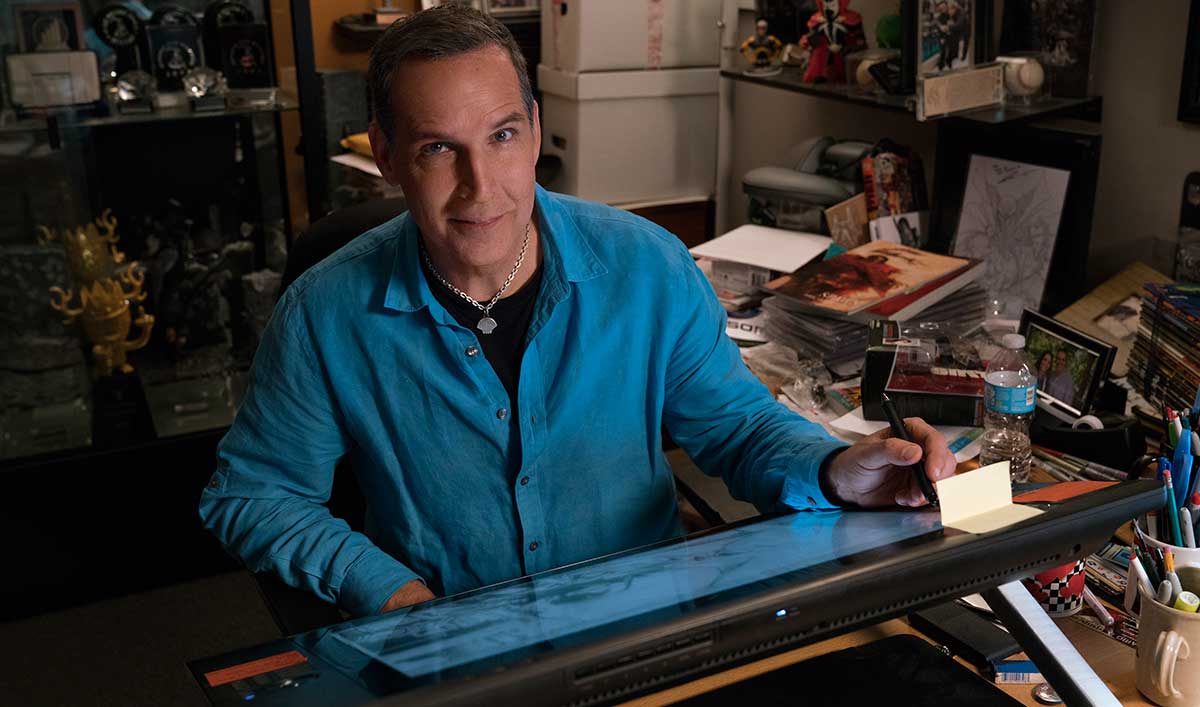 Todd McFarlane has been talking about Spawn reboot for a while, with every intention of directing it himself. If or when that happens, it would be an extremely rare case of a comic book creator directing a film based on a character he created.

In an interview with Shoryuken, McFarlane gave an update on what’s currently going on with the film. He said that the film lost an Academy Award winning person, making some outlets think it was Jamie Foxx (actor attached to play Spawn) who dropped out. Shoryuken provided an update that the person who dropped out of Spawn was a writer, not Foxx.

McFarlane gives credit to Joker’s success for reigniting interest for the project. He has been fighting for this film’s R rating, but now that demand apparently isn’t out of the question anymore.

Hollywood is a different place right now; they understand the value of what Spawn can bring to a reasonable budget. Joker lit the fire, up until now it felt like I was pushing up this bolder on my own, but now there are others joining me who know that these stories should be told. It has to be Rated R, there’s no debate around that. With the story I want to tell, my intent goes back to that Spawn Cloud. I am less concerned about what happens in the movie as long as Spawn is “cool” and “badass”.

McFarlane’s last demand is that he will direct and that everything else is up for conversation.

I just want to show that there are better and smarter ways to entertain an audience than what they are used to. So much more is possible once you open yourself to Rated R stories. But I can’t just do a cardboard version, I need the budget to do it. Just enough to make it the right way.

At FAN EXPO Vancouver, McFarlane said that the film’s investors are lined up and that it will happen this year.

This film was announced in July 2017, with Blumhouse being involved in the project as well. McFarlane is very passionate about it and wants to do the movie his way or he won’t do it at all.

Spawn is Image Comics’ most iconic character, so the character is definitely overdue for a modern reboot. There was a 1997 film, but many would agree it could’ve been a lot better. The character has continued to be popular today with his appearance in Mortal Kombat 11 and the recent release of Spawn 300 that became one of the best selling comics of 2019.

Hopefully, there are more serious developments for this project soon because it sounds like it could be an exciting comic book movie.