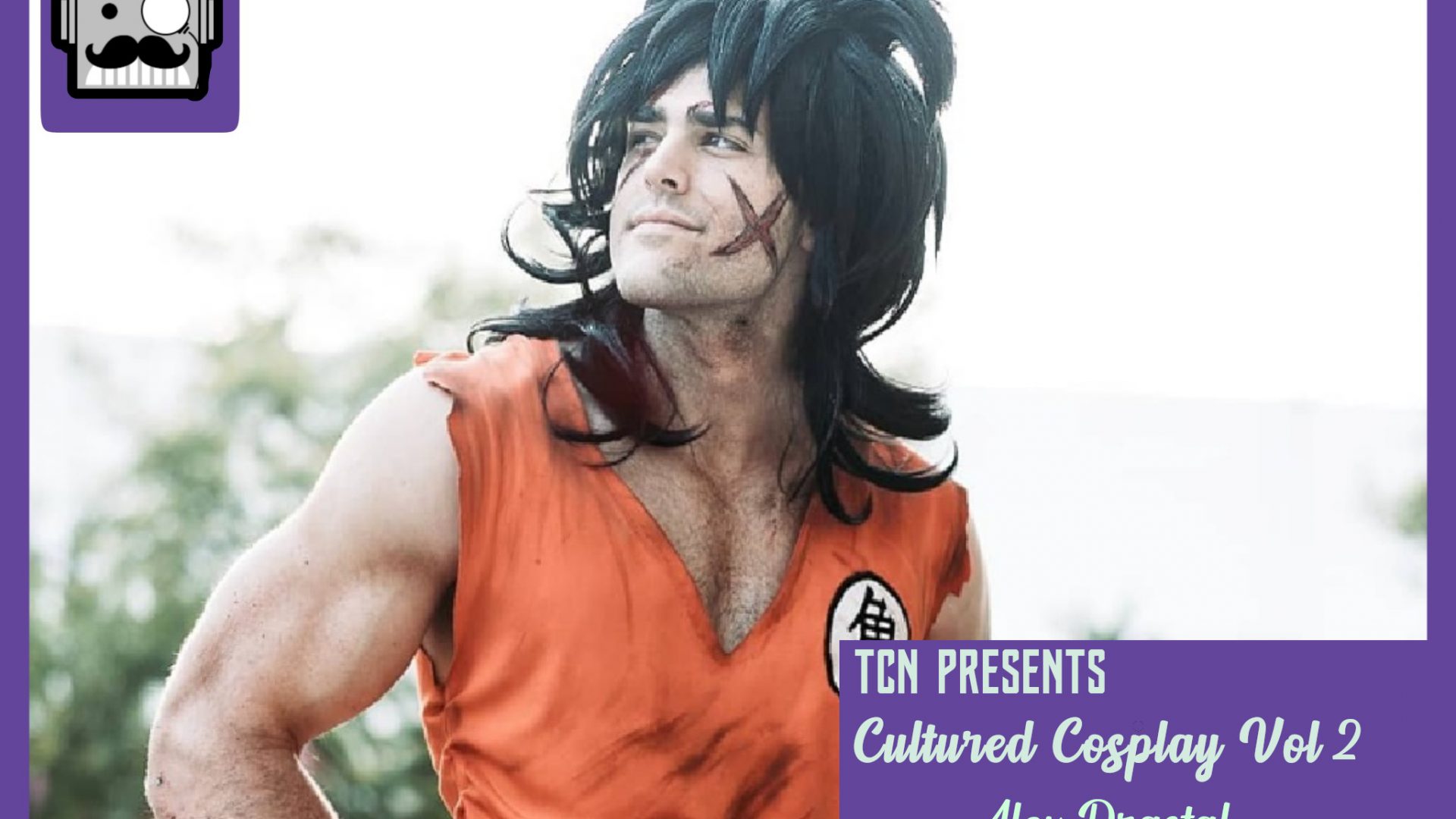 Welcome to another weekly edition of TCN’s Cultured Cosplay. In this series we recognize the hard work and talent of various cosplay artists and invite them to share with us their experiences and what makes them do what they clearly love doing.

We at TCN pride ourselves on only releasing verified news and releasing informative, inclusive content.  We are a community of nerds doing what we are passionate about and hope to convey that passion to our readers and fellow nerds and in our debut Cosplay Interview column we continue our series with cosplayer Alex Drastal.

Tell me about yourself and being first introduced to cosplay. What got you interested in doing cosplay?

So I’ve been into anime, comics, video games, table top games like Warhammer, card games (Magic, Pokemon Yu-Gi-Oh etc..) and pretty much anything geeky I could get my hands on for as long as I can remember. I was first introduced to cosplay when my dad took me to San Diego comic-con as a kid and I saw a massive group of screen accurate Klingons from Star-Trek and I was pretty much mesmerized.

What was your first cosplay?

I continued to go to comic-con over the years and I wore costumes but most of the time it was just a Halloween costume and not any specific character. I didn’t actually cosplay a recognizable character until high school when I cosplayed Rorschach from Watchmen, because my English teacher had given me the graphic novel and it just happened to be when they announced the movie. So that was a really cool coincidence.

What was your favorite cosplay/technique you are most proud of?

My favorite cosplay technique is foam construction. I really enjoy how you can make almost any object out of it and make it look like the real deal with just some creative construction and paint.

Do you have any upcoming cosplays you are excited about?

If money and time was no object, what is your dream cosplay?

If money and time was no object I’d wanna make a full steel and leather Guts cosplay from when he was in the band of the Hawk.

What is your favorite experience from doing cosplay?

My favorite experience was when I was All Might at a con and I had a Deku who was a huge fan come up and in full character me and him interacted and we got a beautiful photo of me holding him up on my shoulders and he looked so happy and that really just makes what I do all worth it.

What is the most fun about cosplay?

So what is most fun for me is just bringing those characters I and others love to life. Because tying it back to the last question, it brings so much joy to people and in a way inspires them or makes their day better or just brings a certain light and life to their life and in turn brings that same joy to mine.

What is the most difficult or challenging thing about cosplay?

The most difficult thing is dealing with criticism. People can be cruel and no matter how much you try someone will always have something negative to say. So you really just gotta do your best and as long as you are doing that and you’re not harming anyone then you have to just be confident and secure in yourself and just focus on the positives. Although knowing this doesn’t make it any easier but nothing in life worth doing is ever easy.

What do you like doing when you aren’t working on cosplay projects?

I like doing a lot of things haha D&D, I do full armored sword fighting, LARPing, playing computer games, card games, and much more. Honestly I’ll try most things at least once if it sounds fun because I cant really know until I try and if I don’t who knows I may be missing out on something I might end up loving.

Biggest pet peve at cons is people acting like they are better than or shunning other cosplayers because they don’t think the quality is good enough or that person doesn’t have a following. Cosplay is about showing the love of a character or fandom by dressing up and being around others who also love what you do. Its not about quality or following or any of that and I know most of us got made fun of growing up for liking this stuff so it saddens me when I see us doing it to one another in a place where we are supposed to support and encourage one another.

I’d really like to go to one of the water park cons they seem super fun!!

If you weren’t a cosplayer, what would you be up to right now?

Well I’m going to school for massage therapy so probably that haha.

What’s the most interesting thing you’ve read or seen this week?

Most interesting thing I’ve seen was i was re-watching Yu-Gi-Oh and they snuck in a rap and it was super low key but I noticed it and I lost it.

What is one message you would give to beginning cosplayers?

What I wanna say to new cosplayers is just start. You’re gonna not be as good as you want at first and that’s ok because that’s how you learn the most is by failing. If you let the fear of failure or not being as good you want stop you then you won’t ever start. You can do it and its okay to fail along the way because we all do. I don’t know how many things I’ve messed up trying to figure something out haha. Everyone one starts somewhere and you will get better you just gotta never say you can’t because if you say you can’t then you’re right you can’t because you won’t even try.

Anything else you would like our readers to know about you?

I’ve been a huge dork my whole life and got made fun of a lot growing up and one thing that really helped me was owning it and taking control of my own life and not letting others tell me I was weird. If anything I love it and I’m like heck yes I’m weird and I’m proud of it because its what makes me me and I wouldn’t have it any other way. So don’t let people tear you down and own who you are because who you are is pretty awesome.