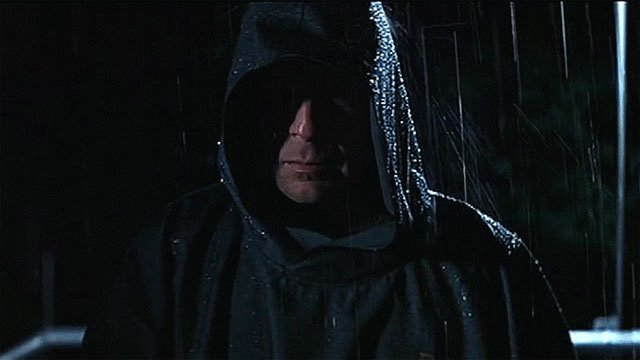 Unbreakable was released on November 14, 2000. It was written, produced, and directed by M. Night Shyamalan. The film stars Bruce Willis, Samuel L. Jackson, Robin Wright, and Spencer Treat Clark. The plot revolves around the only survivor of a train crash David Dunn, who is miraculously unhurt. He begins to discover his hidden power with the help of Elijah Price, a comic book connoisseur.

M. Night Shyamalan off the back of the massive success that was The Sixth Sense directs this movie so well. This is a really smart and original movie way ahead of its time. It is one of my favorite superhero movies ever. The character work is impressive given and gives impressive and realistic versions of superhero archetypes, a whole 5 years before Christopher Nolan did it with Batman. David Dunn experiences sadness when he can’t fulfill his destiny of helping people and Elijah only feels happiness when he finds his place as the villain. The pacing is extremely well, the movie takes time to meditate on it’s characters but it doesn’t feel too long or drawn out at all. And James Newton Howard’s fantastic score is both ominous and triumphant, which perfectly captures the tone of this movie. The acting is top notch and what else can be expected from Bruce Willis and Samuel L. Jackson. Jackson has this presence like he’s always 10 steps ahead of everyone and that he’s the smartest man in the room. In Willis there is a very subtle sadness that is just beneath the surface in every scene. There are also so many little details that Shyamalan puts in, like how David and Elijah almost exclusively wear Green and Purple respectively. Green for life and purity, and purple for royalty, because Elijah seems to be above everyone the whole film. Everyone David senses to have done something bad is wearing bright colored clothing to visually show that David can pick people out of a crowd.

As far as what I didn’t like there’s a couple things that are more nitpicks then anything. There is a semi realistic explanation for David’s strength and invulnerability, but not for his ability to sense others who have done wrong. Also there is no reason he should bring his son with him when he meets Elijah the first time. Why would he bring his son to meet someone who is potentially dangerous?

This movie has aged phenomenally and is even smarter and more relevant now in the climate of today’s superhero cinema. The great pacing, music, acting, and story show how much everyone involved cared about what they were making. Unbreakable is a must watch for any comic book fan.