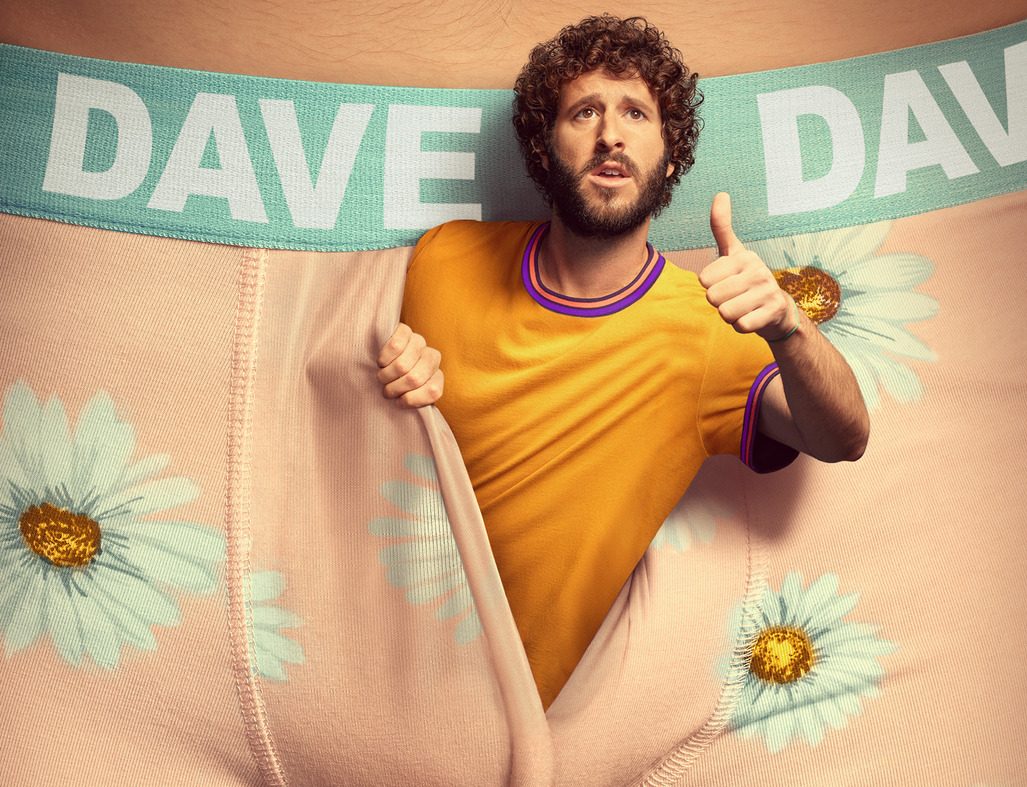 A review of the show “Dave” that follows fictional events that Lil’ Dicky must tackle to convince the world he is one of the greatest rappers alive.

David Burd, also known as Lil’ Dicky, has rose to stardom in the past handful of years with a new style of satirical music.

Lil’ Dicky got 1 million views in 24 hours for his first hit-song “Ex-boyfriend”, a song about Burd feeling self-conscious about his phallus before planning to have coitus for the first time with this girlfriend.

Fast forward seven years, Lil’ Dicky now has established himself as a rapper that is lyrically impressive with the same satirical feel and story behind his music.

Burd has now helped write his comedy-show “Dave” to find his comedic outlet, which premieres on FXX and then to Hulu.

The show follows a fictionalized Burd as a suburban-Jew who has to convince the world that he is more than a satirical rapper and that he will become the one of the greatest rappers of all time.

The story is of Lil’ Dicky navigating the rap world, while encountering other stars such as Macklemore, YG, Trippie Red, and others.

Burd goes through the first half of the season learning to create a gander for his rapper, adjusting for his first live-performance, struggling with dark sexual insecurities, and worrying about his identity as an artist.

The show’s story is unique in terms of plot with interesting points of view for an up-and-coming rapper that doesn’t fit the narrative. I found myself genuinely following the characters and their developments through the adventures.

The most entertaining part of the show is how awkward Burd is when dealing with situations. The hip-hop/rap scene seems to make Lil’ Dicky feel alienated, but despite this he prevails both in his show and in real-life.

Each episode has a completely new and entertaining dilemma for LD and his friends to deal with as they try to push Burd ahead in the rap-game, while still calling back to previous episodes, giving it a sense of connection.

The performances are very well-done with a cast of actors who I’ve never heard of.

Dave Burd does an excellent job of being the awkward out-of-place rapper just trying to find himself in the music industry. His performance makes me believe he actually acts like his over-thinking, strange counterpart in the show. In the show he has an exaggerated sense of awkwardness that has a fresh feel to it, since not many lead characters distribute these properties.

Taylor Misiak portrays Lil Dicky’s girlfriend and does a great job of doing so. I actually looked up if they were an actual couple (which they are not). She does a great job of balancing her relationship with Burd as he struggles to find himself as a person and in the music business throughout the show.

GaTa is Lil’ Dicky’s real-life hype-man so he is essentially playing himself. He does really well with a friendship that extends past the bounds of the show. He plays a unsuccessful rapper that has taken to Burd and his career struggles. In the latest episode he actually helps tackle the issue of bipolar disorder, where he struggles being a hype-man due to manic depression.

Andrew Santino plays Burd’s roommate, best friend and newly named manager for LD’s career. He plays a nerdy friend who cares for Burd’s character tremendously. Santino is fairly convincing as a day-trader that takes in interest in his friends musical career.

I found the show super-entertaining with hilarious dilemmas that leave Burd and his friends with strange, enticing scenarios.

I definitely would have already binged all of the episodes if they were all out, but I tune into Hulu and watch every week.

The show is very funny with good acting and a unique perspective on rap and rap culture.

I recommend you watch the show if you can, as it is very entertaining with good acting and character arcs.