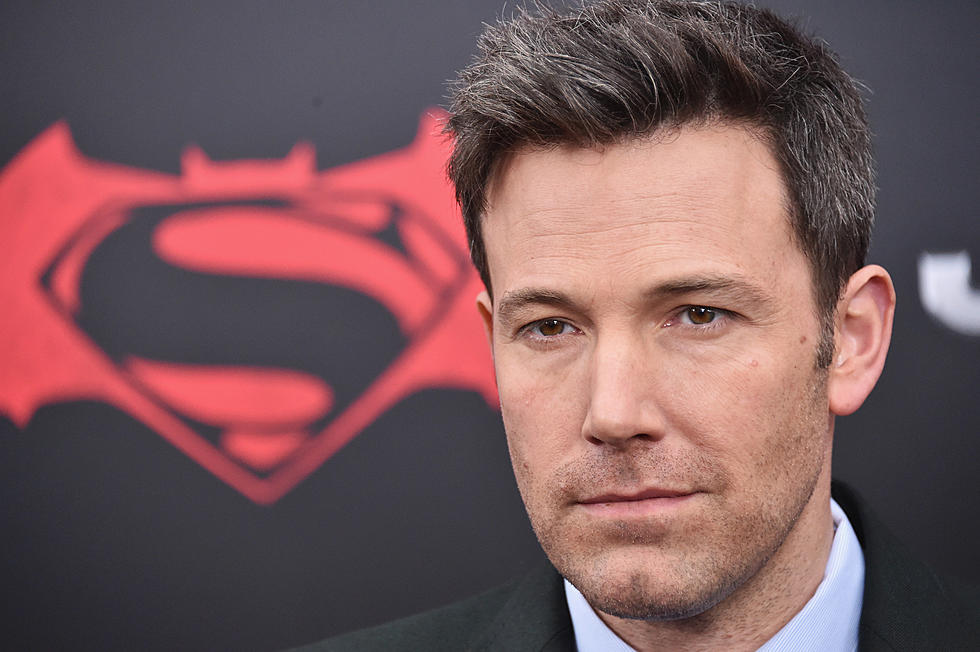 In an interview with GQ, Ben Affleck breaks down some of his most iconic characters, like oil drilling A.J. Frost to Bruce Wayne and his alter ego Batman. From small roles to big budget blockbusters to showing wide emotional range to directing himself. Affleck has turned himself into a Hollywood Swiss Army knife.

Affleck’ s first role, albeit a small one, was in the movie School Ties (1992) where he plays an “antisemitic bully” Chesty Smith. He then landed the least likable character in a movie full of likable characters as Fred Bannion, high school senior with a paddle, in Dazed and Confused (1993). He continued his work with director Kevin Smith as Holden McNeil in Chasing Amy (1997) where he finally lands a starring role that required him to show emotional range.

The Big Break and Big Budgets

Enter Good Will Hunting (1997). Written by Affleck and good friend Matt Damon, Good Will Hunting launched them both into household names. A project inspired by indie-style flicks like Reservoir Dogs and Clerks, the two worked on the script during their free time and it landed them the film of a lifetime. Working along side of Robin Williams was a dream come true and it didn’t stop there.

Michael Bay’s Armageddon (1998) then rocketed Affleck into Hollywood superstardom. “We could’ve made 400 Chasing Amy’s” Affleck said in relation to being in a true big budget film. Being on that set was his first time working with a production on such a large scale with a very professional crew. Not to mention those pearly whites of his really caught everyone’s eyes.

Affleck recalls Pearl Harbor (2001) had one of the most intense prep work he has ever done on a movie, from flying lessons to actual pre-Ranger bootcamp. The media crushed this movie and called it a bomb, even though the film made a half a billion. A bit of foreshadowing one might say.

We’re gonna bypass the years of the Ben Bashing “Bennifer”, Gigli, Daredevil (which I enjoyed), etc. Instead skip forward to Affleck behind the camera. His directorial debut, Gone Baby Gone (2007), was a smash hit and left his critics of the early 2000s in the dust. Rolling Stone said it was a “mesmerizing thriller”. Not too shabby for his first film as director.

His next, The Town (2010), where he not only directed the film but also was the star and co-wrote the screenplay. Affleck felt a lot of stress on this movie by not having directed a lot of action scenes like shootouts or car chases. He credits the success as the “..movie was made in the research”. He gathered real life info from actual cops and robbers to make what we saw as authentic as possible.

With those two movies in his back pocket, Affleck then took on Argo (2012). In his interview, Affleck noted that when he got the script he was excited to work on it and just thought he couldn’t mess it up as long as he took it one day at a time, one scene at a time, and it culminated in winning the Oscar for Best Picture. Many believed he was robbed of “Best Director” in 2013. This film also connected him to writer Chris Terrio, whom he’d get to work with on a special project in the next few years.

Affleck didn’t realize how iconic the role he was stepping into really was. He mentions how the “age of the internet” really expanded into the movies, fans got to meet the actors, comic writers meeting with movie studios, how those things were becoming the “norm”. Of course there were mixed reviews when he was cast by Zack Snyder for the role of Batman/Bruce Wayne (as there always is), but he may be the very best onscreen depiction we have seen so far.

According to Affleck, Snyder pitched him the idea that this Batman, in Batman V Superman (2016), would be an older, more broken down, and more vulnerable Batman that we have seen. Taking the cues of Frank Miller’s The Dark Knight Returns graphic novel, playing the character with more “psychological torment” and aches and pain was the spirit of the type of Batman Affleck was really drawn to. In his interview you can really see how joyful and happy he was when talking about his time filming Batman V Superman.

“I had a better time on Batman V Superman, that I really enjoyed doing and Justice League was unfortunately touched by some personal tragedy — a death in Zack’s [Synder] family. And like I say, sometimes things sort of work and gel and sometimes you seem to be having one problem after another”

You can tell in his tone of voice and facial expression that the whole Justice League production was a huge let down for him. From having so much fun filming Batman Vs Superman, to a death in the family of a friend, changing directors, and on and on. Affleck didn’t want to dwell on the disappointment that was Justice League (2017), instead he went back to talking about how much he enjoyed Batman V Superman.

“I really loved Batman V Superman. Chris (Terrio) wrote on it and I really Love Zack. And I loved putting on the costume and the idea of doing the digital alterations of the voice was really interesting to me. I had a good time.

He talked about how he enjoyed the city of Detroit, how his kids got to visit him while he was filming, he was able to borrow the Batsuit for his son’s birthday. You can tell that Affleck really loved playing Batman.

For us as fans, we really wanted him to stay on as Bats’. We wanted to see his script he wrote for his ‘Batman’ come to life. Rumored to be Batman taking on the Asylum, against his rogues of villains. But because of all the media and critics bashing and criticizing Batman V Superman, the landscape of the DCEU changed. David Ayer’s Suicide Squad was heavily rewrote/reshot, hindered Zack’s Justice League vision, and no doubtably took its toll on Affleck professionally as well as personally.

“I had my fill of that. They said, ‘Would you like to direct and star in a solo Batman movie?’ And I found that, at some point, I had lost my enthusiasm or passion for it. And I thought this should really be made by someone who for whom it’s their wildest dream come true. It was clear to me it was time to move on.”

The Way Back is a film that follows a widowed, former basketball all-star, trying to make a comeback by becoming the coach of his Alma mater while struggling to defeat his alcohol addiction. What better movie for Ben Affleck to make his return? After the disappointment of Justice League, Affleck admitted himself into rehab for alcohol abuse as the film was about to start prep work. Director Gavin O’Connor wasn’t sure if the movie would still have the green light, the studio didn’t think so. But Affleck’s ex-wife, Jennifer Garner, reached out to O’Connor.

She said, ‘Gavin, he’s asking you, please don’t pull the plug on the movie, he really wants to do this.’”

Affleck was out of rehab in time to start shooting the film. What they’re getting is a raw and vulnerable Affleck who is sure to give a performance that will bring his fans to tears. His battle against alcohol is well known and playing this character may very well be helpful to him personally. Knowing what he’s gone through over the past few years, this will definitely feel like his redemption movie. The Way Back, is now in theaters.

Below is the interview with Ben Affleck and GQ. The Batman V Superman portion takes place at 18:19 mark for you Batman fanatics. I highly recommend watching the entire breakdown of the characters he’s portrayed to get a feel of how much he has evolved as a talented actor, writer and director.

I’ve been a fan of Affleck since my brother and I saw the movie Mallrats back in 1995. It’s been really fun to watch him on the big screen, to see where he started from and where he is now is really inspiring. Welcome back Ben!

1 thought on “Ben Affleck: The Rise, The Fall, The Way Back”