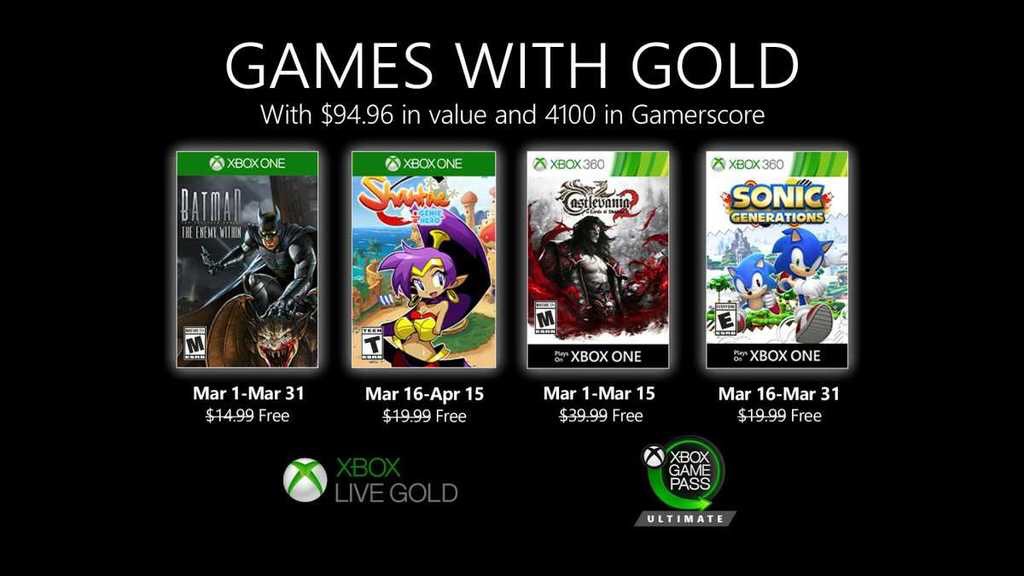 Batman: The Enemy Within highlights one of four available Games With Gold for Xbox in March 2020

Xbox Live Gold and Xbox Game Pass Ultimate subscribers will have the chance to download 4 games at no addition cost as part of the Xbox Games With Gold Program.

One would say having ‘Batman’ and ‘Sonic’ available to play is perfect timing considering one is in theaters and one is being filmed. I, for one, will most definitely be playing Batman: The Enemy Within on March 1st. Click here for a more in-depth look at the available games.