With the recent news coverage dealing with Ben Affleck, it’s time to go way back to the year of 2003, before he was Batman for the DCEU, but instead when he was Marvel’s own vigilante known as Daredevil.

With the recent news coverage dealing with Ben Affleck, it’s time to go way back to the year of 2003, before he was Batman for the DCEU, but instead when he was Marvel’s own vigilante known as Daredevil.

Daredevil was released on February 14, 2003, was written/directed by Mark Steven Johnson, and starred Ben Affleck as Matt Murdock/Daredevil, Jennifer Garner as Elektra, Michael Clarke Duncan as Wilson Fisk/Kingpin, Colin Farrell as Bullseye, and Jon Favreau as Foggy Nelson. The film’s plot starts off with an already wounded Daredevil bleeding out on top of a church’s cross, resulting in him being taken care of by a priest while having his entire life flash before eyes (“even for a blind man”). Having this happened is what makes about 75% of this film a long flashback in a way, it showcases Daredevil’s origin when he was young bullied Catholic, and then is shows what was happening currently in his life before he was wounded.

This film has always been ranked as one of the worst movies ever based on a comic book, but that’s in regards to the problems that are present only in the theatrical cut, and those problems that people had with that cut are fixed in the director’s cut. Even though this film only made about $179.2 million in the box office with a budget of $78 million, it wasn’t enough for 20th Century Fox to make it into a franchise, since it didn’t pull big numbers, like how Raimi’s Spider-Man or even Singer’s X-Men did in the box office, and this film was at least lucky to even get a director’s cut released unlike many other films that definitely deserve one.

It turns out the director’s cut was actually originally going to be released when the film first landed on DVD, but the hardware of DVDs in 2003 were too limited to have the option to watch either the theatrical or director’s cut at the same time. This resulted in the director’s cut being released separately on DVD down the line, a year later in 2004, as a somewhat “double dip.” Mark Steven Johnston’s cut was given an R rating due to it originally being a much darker cut that he wanted for theaters, but he had to play ball with the editor of the film in order to get it down to a PG-13 rating. Doing this gave us the theatrical cut that received mixed to negative reactions, to say the least.

The theatrical cut of Daredevil is 103 minutes long and tells a basic superhero action story. This cuts about 30 minutes worth of the film’s plot and makes it a mess when it comes to editing. In an attempt to fill in those 30 minutes missing in that cut, they actually had to go back to do reshoots, such as the confession scenes that Matt Murdock has with the priest, and more love scenes between Matt Murdock and Elektra. These scenes don’t really add anything to this film’s already lacking plot, but it also becomes more apparent that certain scenes are edited in the wrong order, and the only time this film actually has a plot at all is in the director’s cut.

The director’s cut of Daredevil is 133 minutes long, and much more than just a basic superhero story. It’s also an emotional journey when it comes to character development, and this honestly should have been the only version of the film. This cut restores the missing 30 minutes worth of plot, and it also gives the film its original R rating back. The plot improves due to the addition of courtroom related scenes dealing with a newly added character of Dante Jackson (played by Coolio). This part of plot gives Foggy Nelson more character growth, rather than just be a comedic relief that has a running gag about the alligators in the sewers, and it also gives Ben Urich (played by Joe Pantoliano) more to do by showing how much Kingpin was involved in the crime of New York.

The character of Wilson Fisk benefits from this cut due to more scenes showcasing his power and strength as the Kingpin, making him come across as more of a threat to Daredevil by the climax. Matt Murdock as a character improves greatly, he is starting to lose his way as Daredevil by crossing the line to the point of debating if he’s “the bad guy,” and this part of the plot was greatly effected by the theatrical cut’s cutting/rearranging of scenes. Having Daredevil decide to not kill Kingpin makes more sense when adding the plot that back into this film, and having Daredevil say the line, “Didn’t you hear? Words out on the Kingpin,” when sparing him only makes sense in the director’s cut, unlike in the theatrical cut.

Overall, the director’s cut of Daredevil should of been the only version of this movie to ever exist, and it definitely wouldn’t have been ranked as one of the worst. The film as it is does have some easter eggs, references, and cameos that relate to the history of Daredevil (i.e. Stan Lee, Frank Miller, and Kevin Smith cameos). Yes, the film itself might be a bit dated now with its CGI, action scenes, and its soundtrack that totallys show that it came from 2003. However, it does rank as an underrated movie by the fans who hated the theatrical cut, and decided to give it a second chance by viewing the director’s cut. Everyone in this movie does a fine job in their roles, and even though Ben Affleck himself often discredits himself as Daredevil in his career, I have to respectfully agree to disagree with him. I think that this movie is one of the most underrated when it comes to comic book based films. 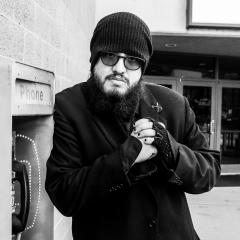