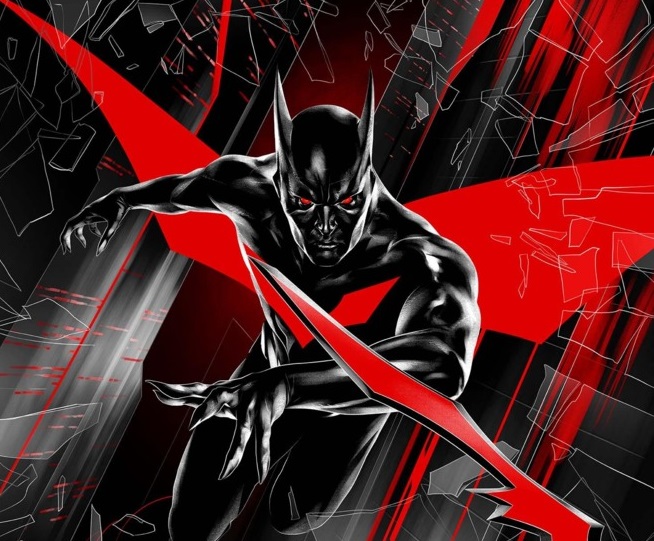 Just as excitement continues to rise for WB Games Montréal to reveal their new DC licensed video game, more rumors and leaks continue to flow around this project.

Recently a new image has been leaked which gives a clear view of the alleged Batman logo for the new upcoming project. This image seems to include the Bat symbol as it appears on the elevator which resides in where WB Games Montréal is working on the next Batman game.

Now what makes this image more credible and interesting is the fact that Geoff Ellenor posed for a selfie in front of this very image for Twitter, on January 13, 2019.

With the image coming from a game director at WB Games Montréal himself, it makes the recent leaked image of the symbol, just that much more believable. The obvious similarities include the Bat ears which appear behind Geoff Ellenor, one of which holds absolute resemblance to the bat ear on the leaked image.

Now that we have have connected the dot in realizing these two images are the same, what does it mean ? Well the big picture is Batman Beyond. This leaked image holds almost an exact mirror to the Bat symbol from Batman Beyond with differences in color, wider bat ears, and not as bent bat wings. If it is Batman Beyond related, than fans will be pleasantly happy as many have asked for the franchise to explore this fan favorite and popular lore that originally started off in the Batman Beyond animated series.

What better time than to explore the colorful future Neo-Gotham than with the power of the next generation consoles ? Also who doesn’t love Terry McGinnis as Batman as well ? Stay tuned to the The Cultured Nerd for breaking news covering WB Games Montréal’s DC licensed project.