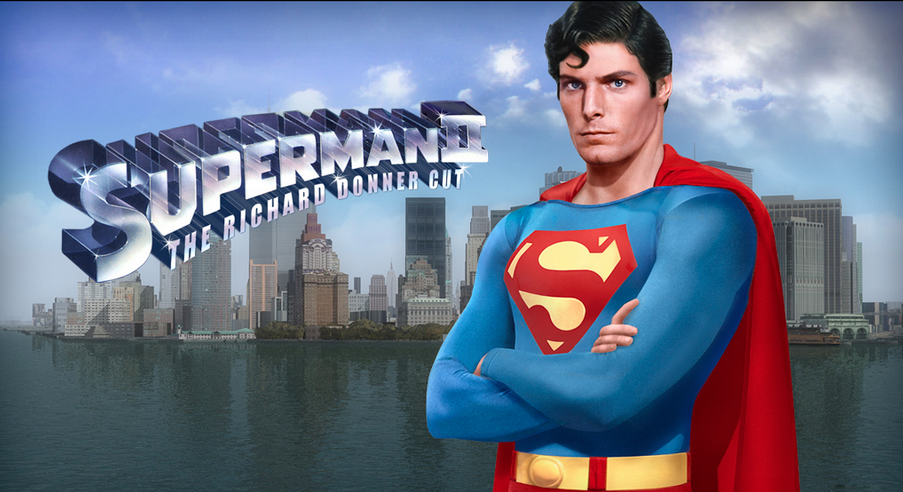 Richard Donner is the original director of Superman: The Movie. He had begun work and shooting Superman II, however he went over budget and the executives at Warner Brothers were not happy with what was going on. Unfortunately Donner was fired and replaced by Richard Lester. In 2006, just as fans had begun to think maybe the Donner cut would never see the light of day, the cut was released. It’s not a complete cut, as Donner never fully shot his vision so scenes from the lester cut are used.

This cut feels much more concise and better paced. The film shows us how the first film leads into this one as the missiles Superman throws into space free General Zod from the phantom zone. There’s no paris scene for pointless action this movie is straight to the point. Because there’s no useless scenes like the drawn out Niagara falls sequence(Though parts of it are still present)

What else is really cool is Marlon Brando’s return. He’s not replaced with Superman’s mom, Richard Donner intended this to be a father/son story and it works really well. Their relationship is more compelling because we’ve seen these two interact in the previous film. The theme of responsibility hits harder because these two characters are better established.

The way Lois discovers Superman’s secret identity is much better for her character and takes less time. With footage from archived screen tests, we see Lois shoot a gun at clark to get the truth. Clark in anger says she shouldn’t have done that in case she was wrong. Lois remarks that she used blanks and it makes her character much more intelligent and witty. Not to mention the amazing chemistry between Margot Kidder and Christopher Reeve.

This cut has the fun action and campy fun of the original cut but none of the goof. The plot is much better paced and more compelling. The added scenes add substance and the scenes taken out improve the pacing and keep the tone less goofy. This is the definitive cut of the movie in my eyes, it’s the(almost) complete vision of Richard Donner and it feels more like a superman sequel.