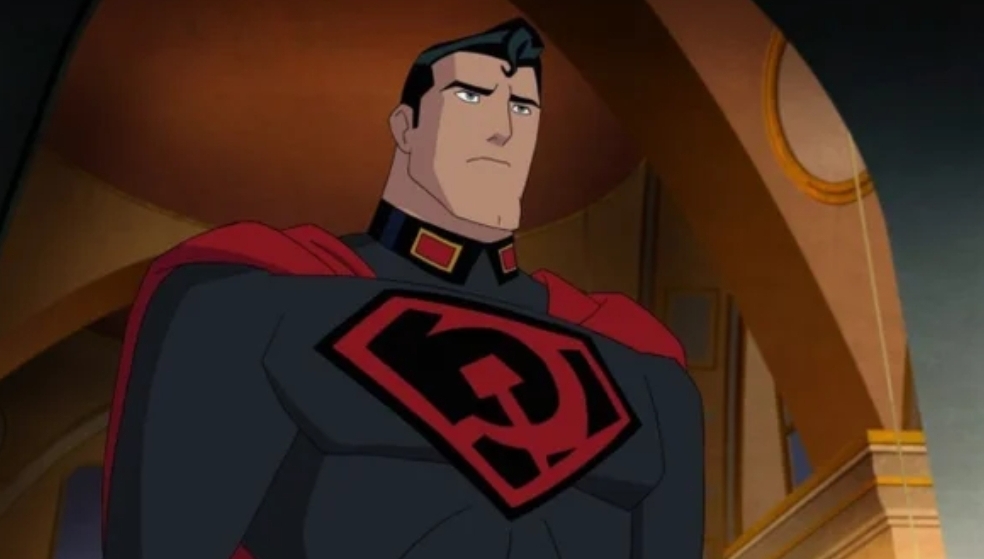 DC Comics and Warner Bros. Animation have debuted the trailer for Superman: Red Son, an animated film based on the comicbook mini-series of the same name.

The mini-series was written by Mark Millar with art by Dave Johnson and centres around the premise of the question: “what if Superman had been raised in the Soviet Union?”.

Instead of fighting for “truth, justice, and the American Way”, this alternate Soviet Superman is “champion of the common worker who fights a never-ending battle for Stalin, socialism, and the international expansion of the Warsaw Pact.”

“Superman: Red Son is based on DC’s classic 2003 Elseworlds comic by Mark Millar. The story takes place in an alternate reality where the spaceship carrying Kal-El lands in Stalinist Russia instead of the Kents’ farm in Kansas, resulting in a Man of Steel who’s not so concerned with the American way.”