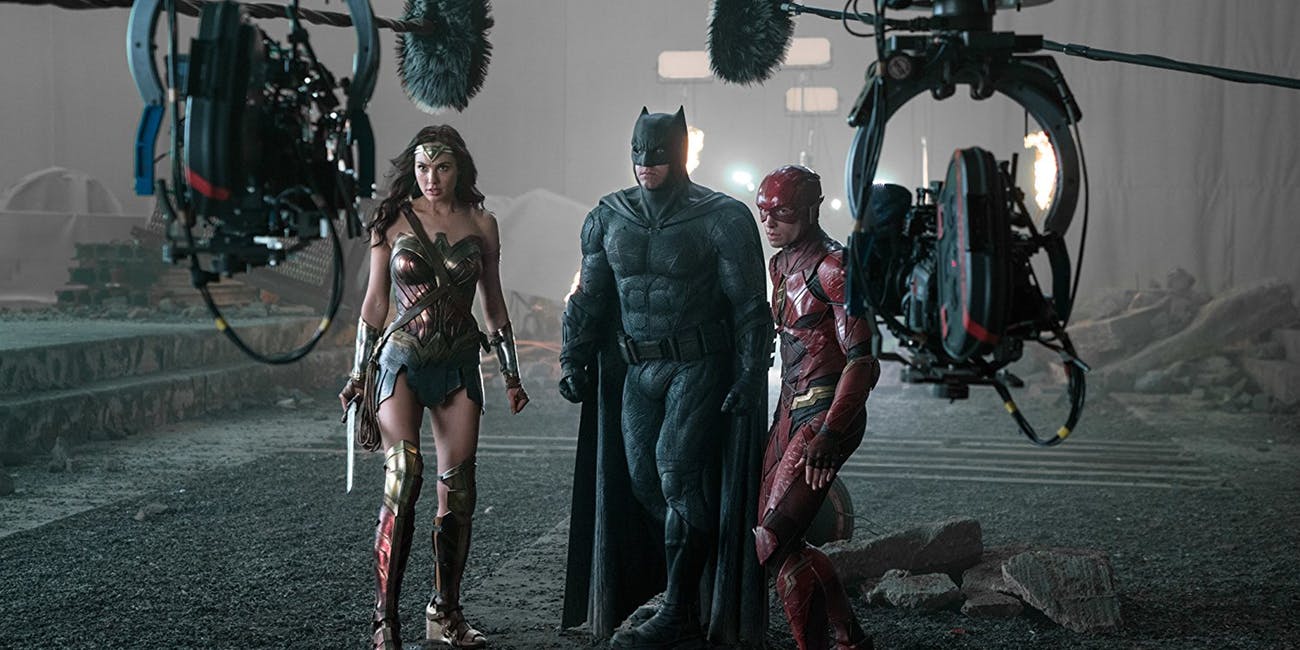 After two years of waiting, its time for WB to finally release the original cut of Justice League

It’s been two years since the release of Justice League. It’s a film that did not live up to fan expectations and it essentially was a flop.

It was no secret that Justice League went through massive reshoots. But when people saw the final film in theaters, fans immediately noticed that it looked nothing like the early trailers and that a lot of things had been heavily altered. People pretty much figured out that the Justice League Warner Bros. released was a haphazardly put together film made by committee in hopes of capturing that Marvel audience.

Zack Snyder is credited as the director, but it doesn’t feel like it. That’s why fans have started the #ReleasetheSnyderCut movement, in order to hopefully one day watch the film Snyder shot before the reshoots.

Despite some toxic behavior, there’s a lot of positives to this movement. They want to see the original version of a film that reflects Snyder’s original artistic vision that isn’t affected by studio politics. They’ve also raised over $100,000 for the American Foundation for Suicide Prevention (AFSP), a foundation Snyder endorses.

Snyder’s films are far from being universally beloved, but his passion for the craft is undeniable. Sure there are some people who’ll never like his movies, but the people that do will defend his films to their graves. From his earliest works to today, it’s clear that Snyder goes all in what he’s trying to accomplish.

300 meticulously bring its source material’s visual style to life, making it one of the most visually accurate comic book films to date.

Snyder used the Watchmen graphic novel as a reference for his storyboard, ambitiously brought the story to life on screen, and even changed the ending.

Man of Steel was the first film to portray Superman in the dark cynical post-9/11 world, that wasn’t afraid to show the consequences of his actions. A lot of people didn’t like it, but I don’t think anyone can say it was a half-ass effort.

Batman v Superman: Dawn of Justice is probably one of the most polarizing films in recent times. It’s a film that takes a big risk with some of fiction’s most popular characters. It also made some decisions that rubbed a lot of people the wrong way. While some will forever say it’s garbage cinema, the passion on display in each frame of the film is there. And Justice League in no way reflects Snyder’s passion. If Snyder’s passion was reflected in the final product, then it wouldn’t have been the mediocre forgettable mess that got released.

If Snyder had his way, he had an insane five-film plan that included Justice League sequels in space and an all-out epic battle against Darkseid. There are some wild things detailed in his plans like Darkseid killing Lois and Superman succumbing to the anti-life equation. With Justice League’s underperformance, those plans will never see the light of day. But there’s still a chance to get a taste of that insanity if the Snyder Cut ever gets a release.

Evidence and a New DC on the Horizon

There’s more than enough evidence to suggest that Zack Snyder’s original cut of the film exists. Snyder himself has admitted it, Jason Momoa said he’s seen it, Jay Oliva consistently backs it up on Twitter, Junkie XL finished the score, VFX artist John Desjardin admits a lot of effects are done.

But in order for this cut to release, the studio responsible for the film’s failures would be in charge of its release. A lot has changed at Warner Bros. since then. The decisions that led to the film’s failures was terrible PR for the studio, and it seems like they want to avoid making those mistakes again.

There’s also the fact that WB at the moment isn’t really pursuing the shared universe as aggressively as they once were. With Joker’s recent success, it seems like they’re going to make more mature oriented films with scaled-down budgets and interesting creative visions. While Birds of Prey is still connected to the DCEU, its lower budget and interesting story angle will be refreshing compared to the large spectacles. The spectacles will still be there with films like Wonder Woman 1984 but there’s no giant crossover or endgame involved now with DC films.

Then there’s a Batman-related elephant in the room. Matt Reeves will direct the next Batman film, starring Robert Pattinson in the cowl. It is not connected to the DCEU and will be its own thing.

Forbes’ Mark Hughes tweeted out that the current version of the DCEU with Momoa’s Aquaman, Gal’s Wonder Woman, and Margot’s Harley will soon come to an end after they appear in their respective sequels. A new universe will apparently start with Reeves’ new Batman. While this currently hasn’t been confirmed or denied by WB themselves, it seems like the writing has been on the wall for something like that.

If WB is truly rebooting their DC Universe, then that means the release of the Snyder Cut is probably more possible down the line than it would be at the moment when the DCEU still exists. Once the upcoming sequels to Wonder Woman, Aquaman, and Birds of Prey are out, and the actors’ contracts are up, WB will most likely recast them into the universe with Reeves’ Batman.

Warner Bros. says it’s a director-driven studio, and everything about the Justice League debacle goes against that. If they were to release the Snyder Cut, then it would stay true to their values, but it would essentially mean they released an inferior product. The studio would have to find their own spin in releasing it in order to maintain their PR.

Zack Snyder is one of the most distinctive filmmakers working today and a lot of people appreciate what he brings to the table. Whether you love him or hate him, the man has a passionate creative vision in everything he does and it clearly shows. He never holds back with the decisions he makes and his comic book films always do their best in respecting the aesthetics of the source material.

All of the above-mentioned things that Snyder is known for are barely in the current release of Justice League, and it would be a shame if it never saw the light of day. All those iconic characters deserved better and even if the movie doesn’t live up to expectations, the passion Snyder has for DC would still be intact already making it much more interesting than the mess that got released.

The release of the Snyder Cut would probably signal the end of the current DCEU, but it would be something that would garner intense interest from fans all over. It would be fascinating to see how different it is and what plot points were left out. It could also be a reminder of what went right and wrong with WB’s ambition to be the MCU’s direct competitor.