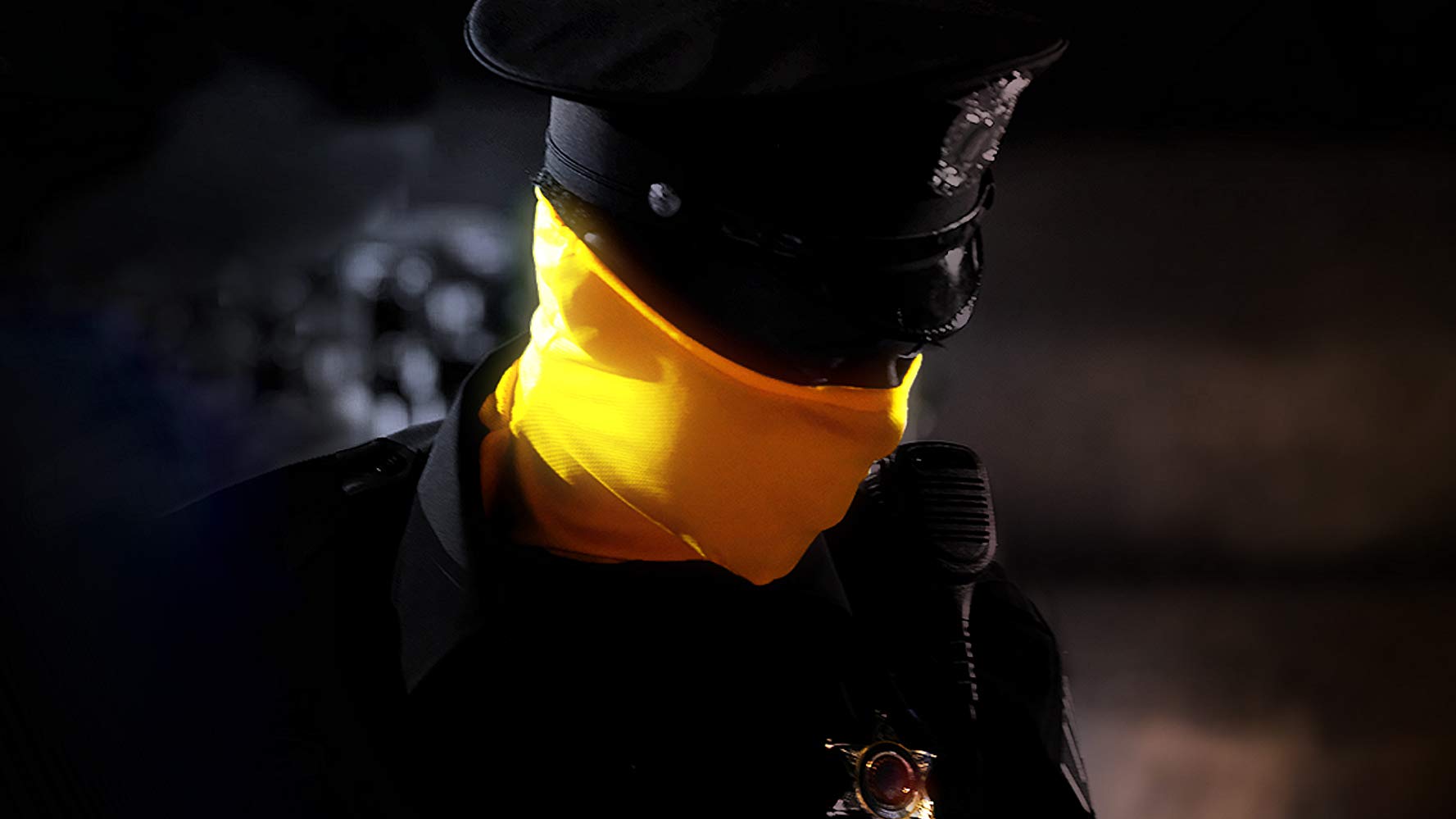 Spoiler Alert! This review will contain spoilers for HBO’s Watchmen, S1E1: It’s Summer and We’re Running Out of Ice

HBO’s long-anticipated Watchmen television series debuted this past Sunday. Creator Damon Lindelof’s (producer of Lost and Star Trek Into Darkness) spin-off takes place in an alternate 2019 altered by the events of the original graphic novel in 1985.

Our introduction into this dystopian reality holds nothing back, and shows us that not everything is sunshine and rainbows after Ozymandias’s staged alien invasion to establish world peace.

America’s racial conflicts appear to have never been brought to a close in this alternate universe. Racism is alive and well in Tulsa, Oklahoma thanks to a white supremacist terrorist organization referred to as the Seventh Cavalry, which appears to have taken on a warped identity mirroring that of the vigilante Rorschach.

The police have adapted extreme measures due to a Cavalry attack three years before the episode’s events. Masks are now worn by officers in order to protect identities, and no one appears to be opposed to violent vigilante tactics to enforce the law.

This new world seems to be gravitating back towards accepting superheroes with a new in-universe show called “American Hero Story: Minutemen” being advertised as if it were a new HBO show itself. Daily updates on Dr. Manhattan’s activities are seen on the daily news.

Excellent performances are brought by everyone on board including Regina King as Detective Angela Abar / Sister Night, Don Johnson as Chief Judd Crawford, and Tim Blake Nelson as Wade / The Looking Glass. The episode’s mood of uneasy peace and escalating chaos are well-maintained through the characters.

Yellow can be eerily viewed in almost every shot, whether it be through the obvious colors of the Tulsa Police Department, or car headlights tinted to reflect the Comedian’s costume color.

The episode even pays tribute to the start of the original graphic novel by ending with the murder of Chief Crawford and a blood-stained badge. Truly, nothing seems to ever really end in the Watchmen-verse.

Fans of Zack Snyder’s movie adaptation of the original comic will be disappointed to find that this spin-off does not recognize the alternate ending crafted by the director. It also moves away from the movie’s unique stylistic choices in favor of a more realistic approach. Despite this decision, the show is not without its visually impressive moments.

While much is left to be explained about this alternate 2019, there is a lot to be appreciated as HBO’s spin-off honors the original graphic novel while presenting a tantalizing new world for fans to explore.

Episode 2, Martial Feats of Comanche Horsemanship, premiers next Sunday, October 27 at 9 PM. Watch the trailer for HBO’s Watchmen below: