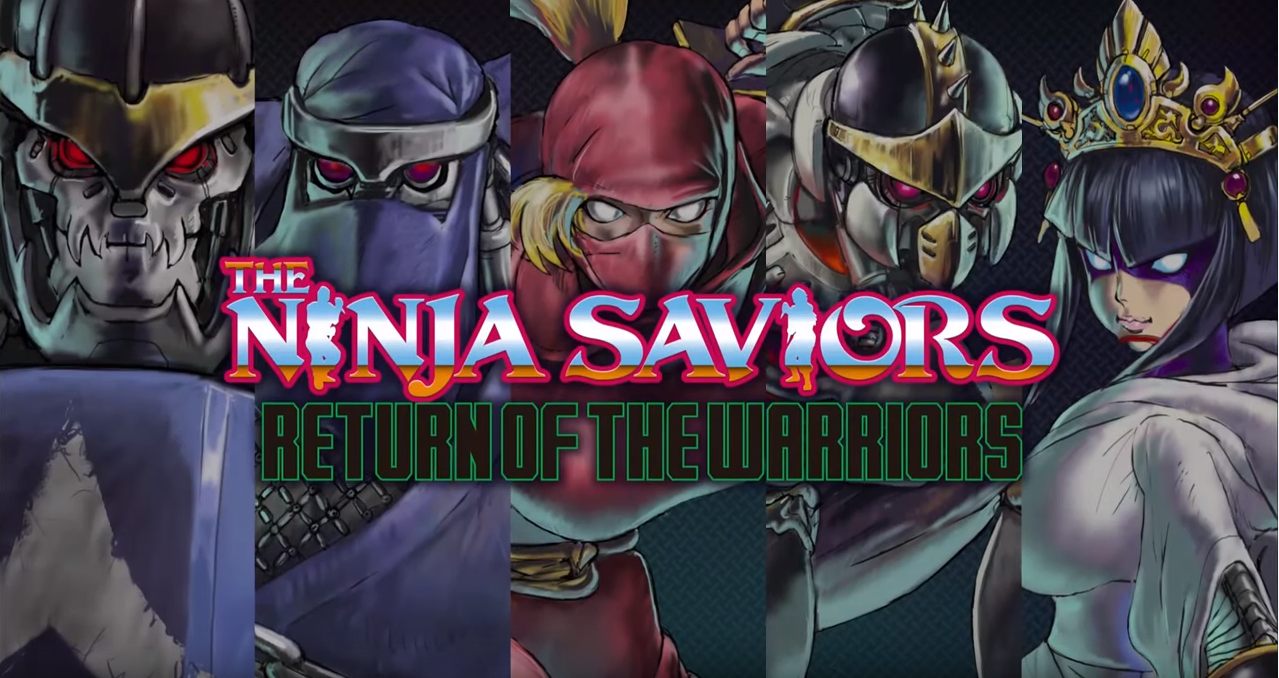 In a day and age where retro games are packaged in bundles and received with mostly praise (sorry PlayStation Classic, can’t win ’em all) it’s disappointing when a solo entry doesn’t get the love that it could have. Such was my hands on experience with The Ninja Saviors: Return of the Warriors.

One of the few highlights I can manage to pull for this review is it’s character selection. At the initial outset of the game, you have a option of three very different ninjas to choose from, with more characters and options available as you beat the game. While each ninja’s individual move set does differ slightly to keep things interesting among the different characters, this “update” doesn’t nearly enough in the way of new gameplay features to keep most modern players glued to the screen.

The controls are fairly basic, with one button assigned to attack, one for jump/dash and another for a special attack. Getting close to enemies will allow you to throw them in one direction or another (a skill required to beat the final boss). The enemies range from one hit cannon fodder to damage sponges that take forever to take down, with no gradual transition from one to the other. The bosses range from fairly straightforward attack, retreat, rinse and repeat to…well if you make it to the final boss then you’ll see for yourself.

Aside from bragging rights there’s not much incentive to revisit this game once you’ve finished it. The characters you unlock after beating the game don’t differ much from the originals, and the Time Attack Mode is ironically best played by the “slowest” character named…”Ninja”, as he has a dash that allows you to clear half the room, so you’ll want to spam that if you’re trying to beat any personal records.

At the current asking price point of $19.99 or $29.99 retail, I can’t honestly recommend this game unless during a digital sale – super cheap. Things that I would consider to be staples of the “beat ’em up” genre like weapon pick ups or something as simple as being able to dash with every character are noticeably absent. I will applaud the music department as the score had me thinking of the glory days from my childhood. However, if you aren’t screaming to revisit your childhood nostalgia, some things are better left in the past.

SOURCE: A PS4 review code was generously provided by the publisher, free of charge and was used during the course of this review write-up. Thank you!