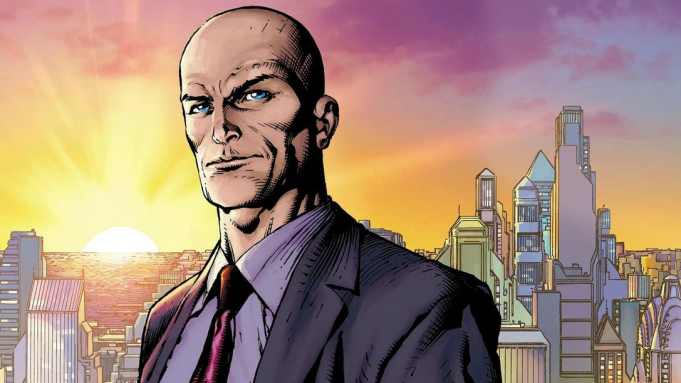 Joker is the biggest R-rated film ever worldwide. Audiences want more DC films like that.

But how will Warner Bros. react to this unforeseen success? Will they make a sequel to Joker or explore another character in DC’s expansive library?

Todd Phillips expressed a desire to make more films like this under a new “DC Black” label, where filmmakers are free to make a comic book film however they want. Even if a Joker sequel gets announced, I’m sure WB would want to make another maturely grounded film that focuses on another iconic character.

The Story of a Ruthless Megalomaniac

Like the Joker, a Lex Luthor film would focus on the gradual rise of a villain. A Luthor film, however, would definitely be a different type of movie than Joker. Luthor is a megalomaniac who wants to be in control of everything, while Joker just wants to watch the world burn.

The possible film could explore Luthor’s dark family life, his eventual rise in power with Lex Corp, and maybe a run for the presidency.

Rather than looking at the comics, Joker is much more inspired by films like Taxi Driver and King of Comedy. Lex Luthor’s film could be directly inspired by films/shows like Wolf of Wall Street, Vice, House of Cards, etc. where its main characters are obsessed with obtaining as much power as they can.

Lex is an undeniable genius who’ll do what it takes to get what he wants. He’s selfish, narcissistic, ruthless, sinister, but also charismatic. Unlike Joker, Lex is organized, calm, calculating, and commits more political/white-collar crimes than the average comic book villain. Lex could be just as unrelenting as the Joker but in a different way.

A grounded take on a man who’s pretty much bent on ruling the world with the above-mentioned influences would be awesome. But what about Superman?

The reason why Lex doesn’t rule the world is because of Superman. Lex’s xenophobia stems from his fear of Superman. He genuinely thinks Superman is a danger to society who causes nothing but trouble. If a film like this were to happen, the filmmakers would definitely have to find a creative angle to avoid using Supes so the focus is always on Lex.

David Fincher, known for films like Se7en, Fight Club, The Social Network, and Gone Girl would be my personal top pick for directing a Lex Luthor film. Fincher is great at directing films with really dark characters. He could bring that style he brought with Social Network and apply it to this film. Fincher’s skillful direction applied to scenes where Lex is performing some evil ruthless acts to get where he wants would be amazing.

Aaron Sorkin, known for his writing in films and shows like A Few Good Men, The Social Network, The Newsroom, The West Wing, Steve Jobs, etc. is my choice to write the script. Sorkin’s writing combined with Fincher’s direction was a winning combination for The Social Network, and they should reunite to make this movie. Sorkin knows how to write sharp snappy dialogue making a scene interesting from beginning to end. He could really humanize Lex and make him relatable, while also not being afraid to show how ruthless of a person he is. When Sorkin wrote Mark Zuckerberg and Steve Jobs, he was sure to show that despite how smart they are, they aren’t exactly the best people. Sorkin could take that to the next level with Lex, and he could apply personality traits from real-life historical figures to give this film some interesting real-life commentary.

Who Should Play Lex?

Jesse Eisenberg deserves another crack at Lex, but unfortunately, it’s clear that WB is moving away from the Snyder films. Like Joker, its main lead would have to be able to transform himself and completely disappear into the role. And that somebody is Bradley Cooper.

Bradley Cooper is an actor that’s done a variety of roles and has been convincing in all of them. In A Star is Born Cooper completely absorbs himself into the main role learning how to sing and play guitar, while also directing. Cooper doesn’t half-ass anything and he would definitely bring it for Lex. If anything, if Fincher doesn’t want to direct, Cooper could take the job. (Fun Fact: Todd Phillips helped produced A Star is Born and Cooper produced Joker so there is that connection)

WB and DC are in the position to do just about anything to capitalize on Joker’s success. If WB decides to go ahead with the DC Black label then it could be an amazing opportunity to explore comic book characters in new exciting ways.

Lex Luthor would be the perfect character to do next because he’s one of the most interesting comic book villains that can easily be the centerpiece of a dark down to earth character study. It can capture that same artistically creative spirit of Joker while also tackling a completely different genre. A David Fincher directed Lex Luthor film, written by Aaron Sorkin, starring Bradley Cooper sounds like something special. Hopefully, it’s something WB is considering.