Despite it frosty title, Disney’s 53rd animated feature film Frozen leaves you with the warm & fuzzies. Set in the fictional palace city of Arendelle, Frozen tells the story of a wide-eyed princess, Anna (Kristen Bell), who must journey across snowy mountains and icy fjords to rescue her sister, Elsa (Idina Menzel), who unintentionally cast a wintry spell over the kingdom. The film is Directed by Chris Buck and Jennifer Lee with music by Robert Lopez (Broadway’s Book of Mormon) and his wife Kristen Anderson-Lopez.

Anna and Elsa are the two sister princesses of Arendelle. They are the closest of childhood playmates especially when Elsa uses her powers of ice and snow to create wintry play-lands in the castle ballroom. Yet when Elsa accidentally hurts Anna with her powers, their parents separate the two girls. Anna, growing up alone, longs for the joy that she once shared with her sister (“Do You Want to Build a Snowman?”). Anna gets some reprieve from her loneliness on the day of Elsa’s coronation (“For the First Time in Forever”) especially when she meets a new beau (“Love is an Open Door”). Unfortunately the celebrations literally go “cold” when Elsa runs away to the North Mountain (“Let it Go”). Determined to make things right, Anna, sets off to find her sister and on the journey is joined by a rough-and-tumble mountaineer named Kristoff (Jonathan Groff), and a delightfully optimistic snowman named Olaf (Josh Gad) whose song “In Summer” will undoubtedly be an audience favorite.

Frozen is another hallmark in the long line of classic Disney animated films. A beautiful celebration of sisterhood. Anna is devoted and strong-willed, much like her Disney princess contemporaries; no longer just a damsel-in-distress. Elsa is complex and struggles to reconcile her powers with her humanity. The only glaring omittance is the lack of a primary Villain, but with stunning visuals that lend themselves well to 3D and songs that will undoubtedly garner Oscar attention, Frozen is a perfect family film for the holiday season. 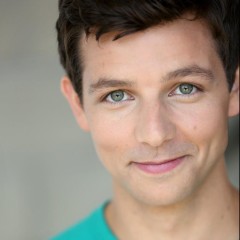