1 day ago
[Review] “Black Legend” On PlayStation 4 Pro
2 days ago
Alfred Molina Confirms & Explains Doc Ock’s Return In ‘Spider-Man: No Way Home’
2 days ago
Screenwriters for ‘Predator’ are suing Disney in an attempt to get the rights back
3 days ago
“Resident Evil” Crossover Slated for “Dead by Daylight” in June
3 days ago
Mads Mikkelsen Joins ‘Indiana Jones 5’ In Undisclosed
3 days ago
Lucy Liu Joins ‘Shazam!: Fury of the Gods’ As Villain 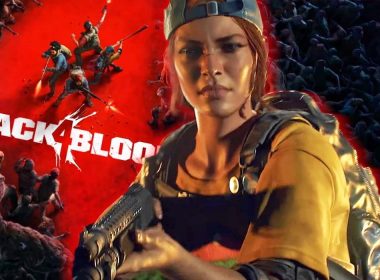 “Back 4 Blood” Has Officially Been Announced

“Back 4 Blood” has been officially announced and a worldwide gameplay showcase has also been announced for December 17th. Back 4 Blood is a new apocalyptic survival games coming to Xbox One, Xbox Series X/S, PlayStation 5, PlayStation 4, Steam, and Epic Store in 2021. The game is set to launch on June 22, 2021.