6 hours ago
First Look of Princess Diana in “Spencer” Revealed, Other Cast Members Announced
20 hours ago
Guillermo Del Toro has no plans to return to the “Pacific Rim” Franchise
23 hours ago
Chris Hemsworth Announces First Day Of Shooting ‘Thor: Love and Thunder’ & Rocket Raccoon Could Be Part Of The Film
1 day ago
“Godzilla vs. Kong” Has Been Delayed By One Week
1 day ago
Filming For Season 3 Of ‘The Mandalorian’ Officially Set To Commence In April
2 days ago
Solstice Studios Delays Release Of ‘Joe Bell’ Starring Mark Wahlberg 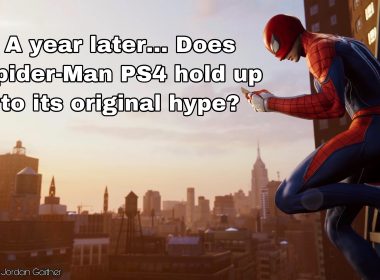 A year after Spider-Man PS4’s release, does the game hold up? Find out if it does, and why!

Spider-Man spin-off Sinister Six producers Matt Tolmach and Avi Arad recently sat down in an interview with IGN Movies and spoke with them about the lineup of villains in the movie, and the producer’s vision for the direction it should take. In one of my recent articles, I made a prediction for […]

Back in December, we received word that Sinister Six would be written by The Cabin in the Woods director Drew Goddard. Now, Sony has confirmed that Goddard will also be directing the Amazing Spider-Man spinoff. ‘Sinister Six’ is the title for various groups of Spider-Man villains that team up and attempt to take the […]