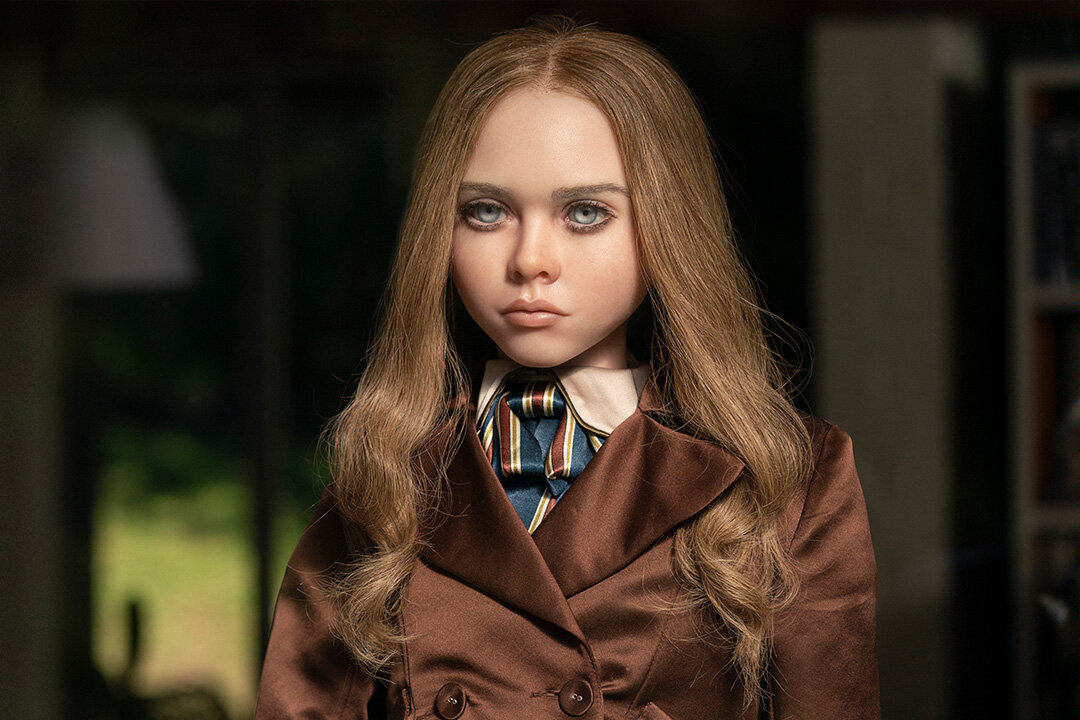 M3GAN delivers on a few things but lacks in others.

Blumhouse’s latest production M3GAN manages to deliver, mildly humorous comedy, effective kills, and a message about the dangers of the over reliance of technology in the modern age.

This James Wan produced slasher comedy is centered around Gemma, a young robotics engineer who has recently been made the sole guardian of her orphaned niece, Katie. Things go awry when her latest invention, an android nicknamed M3GAN, begins to become more aware of herself and the world around her. Gifted to Katie by Gemma to help her grieve the death of her parents, M3GAN takes it upon herself to not only be Katie’s best friend, but to protect her… at any cost.

Written by Akela Cooper, from a story by Cooper and horror master James Wan, and directed by Gerard Johnstone, M3GAN undoubtedly establishes its comedic tone within the first 60 seconds of the film. The jokes are moderately consistent but without the crude humor one might expect from a traditional slasher. M3GAN herself has a decent sense of humor as she slices her way through her somewhat deserving victims. The deaths manage to be violent without being gory, and it works. One might expect a film with a “childlike” tone to be cartoony with the kills, but they manage to remain mostly grounded. While the themes about the precariousness of technology and the importance of human interaction are clear and well executed, the films biggest flaw is its basic plot structure. It was so “by-the-book” that almost every single plot point could be predicted well before it actually happens. While it didn’t make me roll my eyes, the lack of subversion left me a bit unsatisfied.

While far from a masterpiece, M3GAN is an assuredly fun film with a little sample of genres for everybody. What do you think of Atomic Monster’s latest production? Let us know in the comments!