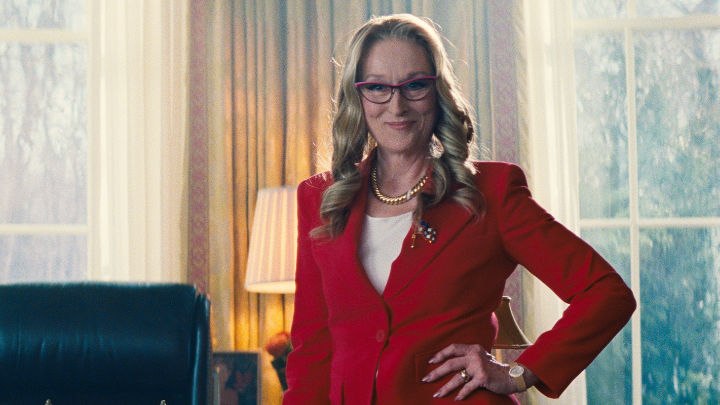 A new clip for Adam McKay’s Don’t Look Up, courtesy of TUDUM, has just been revealed.

Adam McKay’s Don’t Look Up is releasing in just a few short months. The film has an ensemble cast of Leonardo DiCaprio, Meryl Streep, Timothee Chalmat, and Jennifer Lawrence, just to name a few. At TUDUM, a clip was revealed to help tie us over until the film’s release.

The clip shows Leonardo DiCaprio and Jennifer Lawrence’s characters as they attempt to convince Meryl Streep’s character, the President, of the impending doom. They describe an incredibly large asteroid on a collision course for earth. Unfortunately, no one seems to take the threat seriously. From the clip we can expect some amazing chemistry from the all star cast.