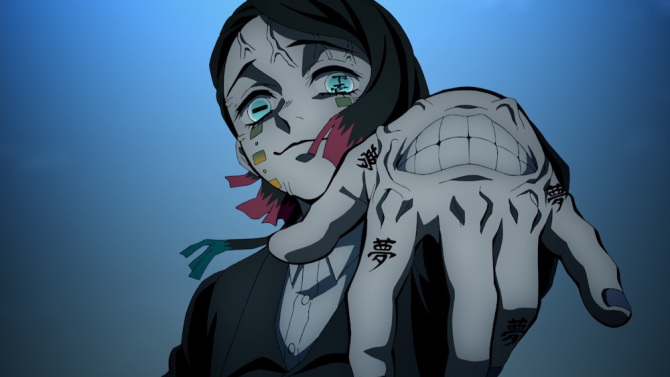 “Demon Slayer” has revealed some new stills from season 2.

The first season of Demon Slayer took the world by storm when it first came out back in 2019 and created an army of fans who have been eagerly waiting for a sequel to the very successful manga turned super hit anime and movie. It was earlier revealed by the makers that the second season will follow the events of their movie, Mugen Train and will lead to new, exciting and tragic plot lines.

Two new promo stills have just surfaced and are sure to create a buzz amongst the netizens.

The stills give a close look at one of the fan favorite characters from the anime the Sound Hashira, Tengen Huzui, in all his glory. The second season will follow the Entertainment District Arc from the manga and take off from the events following the cliffhanger from Mugen Train.

Apart from these fresh new stills and a previously released teaser trailer, not much has been revealed about the upcoming season. The second season is expected to go on air before the end of the year and so far, by the looks of it, it is sure to blow the minds of the loyal fans who have waited for the show’s sequel for two years now.

What do you think about these new stills? Let us know in the comments below!