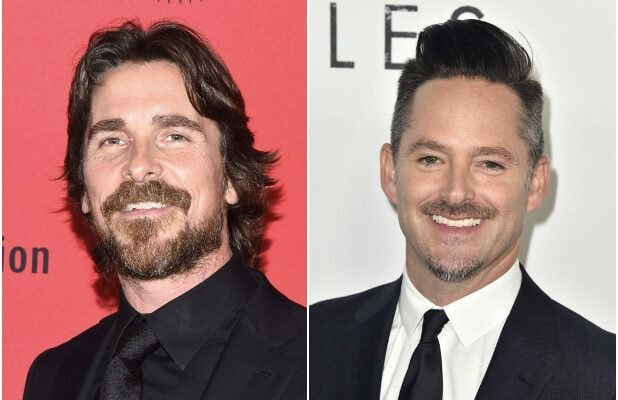 Christian Bale and director Scott Cooper will pair up once again to film a live action adaptation of the gothic-horror novel “The Pale Blue Eye” by Louis Bayard for Netflix.

Christian Bale isn’t only one of hollywood’s most talented actors, he’s also one of the busiest. He’s currently off filming both Thor: Love and Thunder for Marvel where he’ll portray Gorr the God Butcher while also filming on the untitled David O. Russell drama co-starring Margot Robbie, Anya Taylor-Joy, Robert DeNiro and many more.

To add more to his plate, Bale just signed on a massive deal with Netflix to star in the live-action adaptation of the Louis Bayard novel The Pale Blue Eye. Filming is set to begin in fall once the actor is finished up with both film productions. Netflix beat out multiple competitors at the European Film Market (EFM) to purchase word-wide rights to the film for a record high $55M.

Bale will reteam with HOSTILES director Scott Cooper for THE PALE BLUE EYE. Bale plays a detective investigating a series of murders at a 1830 military academy, helped by a young man later known as Edgar Allan Poe,” @NetflixFilm wrote.

Director Scott Cooper is no stranger to working with the Oscar winning star. The pair worked together on 2013’s Out of the Furnace and again in 2017’s Hostiles. Cooper has tried to make The Pale Blue Eye for over 10 years now. The story revolves around a series of unsolved murders that took place in 1830 at the U.S. Military Academy at West Point. Bale will play veteran detective Augustus Landor, who’s investigating the mysterious murders. It should also be known that his sidekick in the film is bright, detail-oriented young man who helps him and later grows up to became the Edgar Allan Poe we all know.

Bale is set to produce the film with Cooper, filming is set to begin during the second half of the year once he finishes Thor Love and Thunder and David O. Russell’s untitled drama.

Which one of these three upcoming Christian Bale projects are you excited about? Have you actually read the book? Let us know in the comments below or tag us on the official TCN twitter.