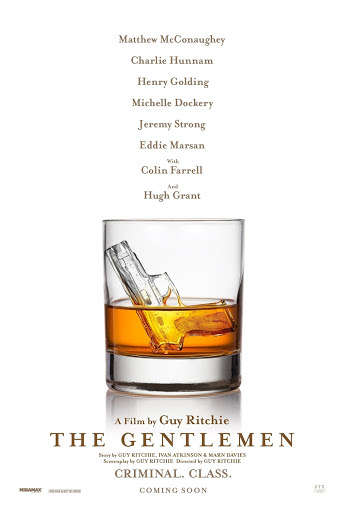 “Is that a paperweight?”
Miramax Announces TV show based on Guy Ritchie’s film The Gentlemen. Ritchie to write and direct the series.

Miramax TV has announced that a television show based on Guy Ritchie’s film The Gentlemen is in the works. Released earlier this year, The Gentlemen follows the story of Mickey Pearson, a marijuana kingpin and Fletcher’s attempt to blackmail him and his colleagues with twists, turns, and surprises at nearly every corner. The Gentlemen was a surprise smash hit, becoming the ninth highest grossing film of 2020 which is no small feat for a January theatrical release regardless of the effect the pandemic has had on theaters.

Any concerns that fans may have had about the show falling into the wrong hands or being taken over by someone else besides the filmmaking crew can be calmed. Ritchie has proven himself to be an excellent screenwriter and director that makes movies with so many moving plotpoints incredibly easy to follow. Marc Helwig, head of Miramax’s worldwide television department had this to say in regards to the show and Ritchie helming the project.

“Miramax Television is thrilled to break new creative ground in our partnership with Guy Ritchie on The Gentlemen. One of the most distinctive and prolific filmmakers working today and someone whose creativity I have admired for many years, we couldn’t be more excited to bring the cinematic journey of The Gentlemen forth into the realm of global premium television.”

Although The Gentlemen TV show has no official release date or anymore specific details, the information that has been released is definitely exciting and the potential for appearances from characters such as “The Coach” and his group of youngsters “The Toddlers” certainly exists, and it’ll be interesting to see where Ritchie takes the show as the film wraps up nicely as a stand-alone movie, but also finished in a way that left room for a sequel or in this case, a TV show. Until then, we’ll just have to enjoy the fun and highly entertaining film which boasts a star studded cast of Matthew McConaughey, Colin Farrell, Charlie Hunam, Henry Golding, Hugh Grant.