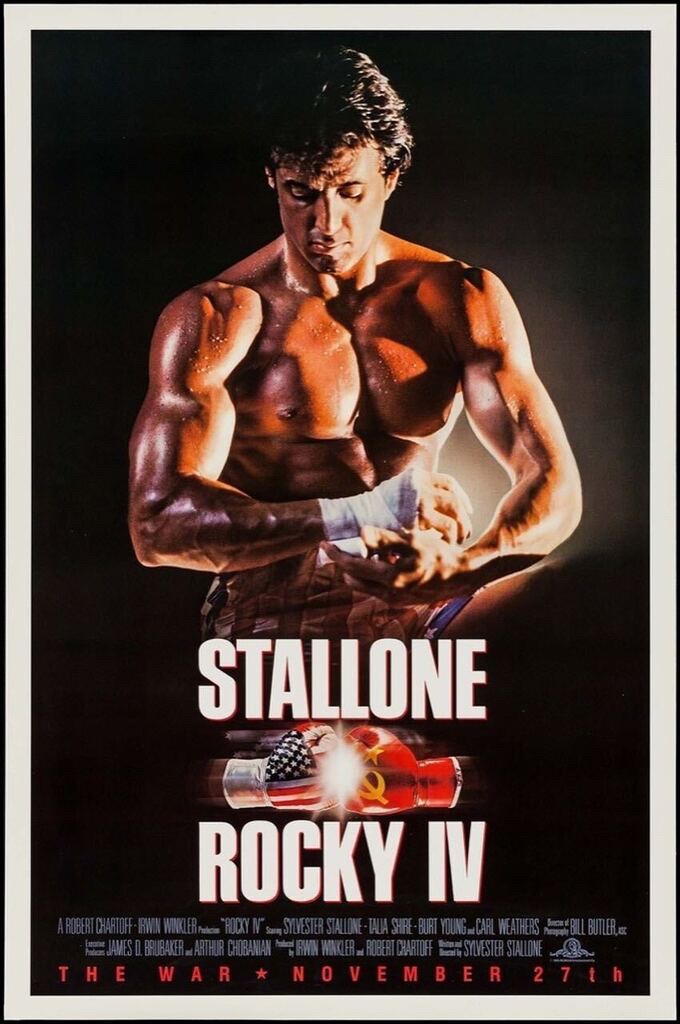 If it cuts, it cuts. Rocky IV the “Sly” cut announced by Sly Stallone himself,

Recently, Stallone has taken to Instagram and has given fans some behind-the-scenes posts of Rocky IV.

“Since I’m tinkering around these are some outtakes from Rocky 4 between me and Drago.”

“Finding all these little moments. A giant puzzle. Rocky 4.”

It would appear that “Sly” has been teasing fans, and might have already had some sort of knowledge about a potential director’s cut of the film. Yesterday, Stallone took to Instagram to officially announce the release of the director’s cut of Rocky IV and thanking MGM for the opportunity.

Stallone has already directed Rocky II, Rocky III, and yes, even Rocky IV, which is sure to cause some pondering amongst fans on what the studio may have told him to cut from the original theatrical edition of Rocky IV. It also adds an element of excitement to the recent announcement, as Stallone could, and more than likely will, added to the short-yet-effective 90-minute runtime. As fans, we’ll have to wait and see exactly what Stallone will tweak and add to the film. The potential to see more of Apollo Creed before his death is certainly there. The final fight scene between Dolph Lundgren’s Ivan Drago and Stallone’s Rocky could have some extra punches added within each round. Or maybe fans will get to see more of those classic training montages that by all means should’ve been cheesy, but always found a way to work effectively.

While no official release date has been announced, the announcement of a Director’s cut of Rocky IV itself is a sure fire way to build excitement for the film’s 35th anniversary. However the director’s cut shakes out, I’m sure most fans of the film and franchise can still expect to hear the iconic line after his victory over Drago…