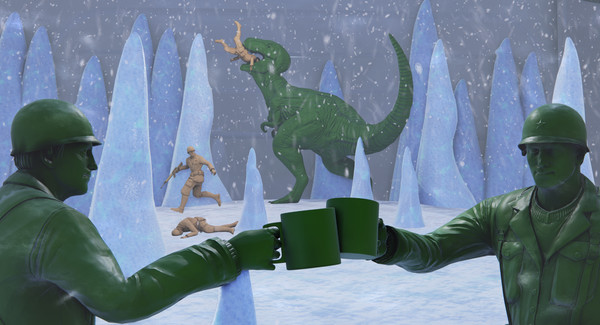 The toy-themed shooter “The Mean Greens: Plastic Warfare” is coming to the PlayStation 4 on August 5th.

Originally released on Steam in December 2015, the toy-themed shooter The Mean Greens: Plastic Warfare will now be added to the PlayStation 4‘s offerings. PlayStation announced the game will be available for digital download on August 5th.

Play as a green or tan army man in the game’s various player-versus-player modes. You’ll find yourself crouching behind toy blocks, maneuvering through a moving train, dodging through a foosball table, or bouncing around a bathtub, amongst other zany scenarios as you take your team to victory. All the maps are listed below:

Live out your Toy Story dreams and battle your way to the top in the biggest ways, from the smallest perspective.