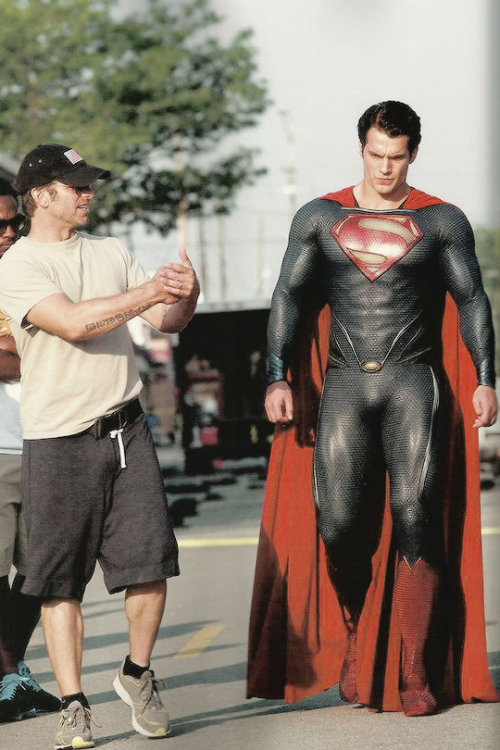 Snyder drops some added info in MoS you may have missed, then he drops a HUGE announcement to end the watch party

Just two days ago, director Zack Snyder took to Vero (his social media platform of choice these days) and invited everyone for a watch party of the first movie in his DCEU, Man of Steel. That announcement didn’t take long to get many supporters of his excited, and boy was the internet ready. And that second announcement at the end didn’t hurt either.

Not only is MoS the first movie in this universe, it was also the first super hero movie to give a sense of realism and gravity to the world we reside in. And in the middle of our world is a Clark Kent, Superman, a being who will eventually be the beacon of hope for humanity. But first, he must find himself.

Below are just some points that stood out from what Snyder mentioned.

Snyder mentions a few things in this opening sequence that lends to a deeper story and Easter eggs that could’ve been harvested for later. Krypton’s moon, Wegthor, is seen and mentioned. Snyder talks about how this moon was destroyed by Doomsday, so yes, Doomsday is out there.

H’Raka, Jor-El’s Pegasus wasn’t just Jor-El’s mode of transportation, it was to also show that even though Kryptonians has predisposed genetics, Jor-El had a connection to the planet others did not.

Speaking of the predisposed genetics, the codex is a main driving plot point throughout the film. Snyder described the codex skull as a great “organic hard drive” of an ancient Kryptonian, the origin of Kryptonians. Almost religion-like he says.

Fun Fact: Snyder originally planned for everyone to speak “Kryptonian”. They created an alphabet, were prepared to have subtitles. They eventually dropped that idea.

Fun Fact 2: All the Kryptonian armor is CGI. Snyder said they went that route because of all the action and movements they did would’ve restricted movement during those fights.

Most of what Snyder talked about here was the set and how it wasn’t the easiest scene to shoot with helicopters. The big tidbit he mentions is the talk of Aquaman saving Clark after the explosion. We see him floating with a couple whales nearby (which Snyder also mentions Clarks connection to Earth similar to Jor-El with H’Raka). Snyder neither confirms nor denies this, just that he shot what he shot.

During this portion of the film, we see Clark finding his way as “who he should be” so to speak. We see young Clark bullied on bus then saves everyone when the bus is derailed. In the bar he stands up for his coworker, holds back from a bar fight yet still teaches the driver a lesson (with telephone poles through the semi-truck). Snyder goes on to explain this as Clark showing great restraint and understanding of his responsibility.

That sentiment is echoed during the tornado scene and builds off of the Pa Kent to young Clark scene revealing the spaceship in the basement of the barn. The world wasn’t ready to know they were not alone.

Fun Fact 3: The lake the bus crashed into is where they found the location for Bruce Wayne’s lake house

Fun Fact 4: The Kent house was built from the ground up and they had security watch over it for 2 years.

Passing by the “sleep chambers” and one skeleton, one pod is open to which Snyder says “A Kryptonian escaped…20 thousands years before Clark arrived. Who could it be?” He didn’t expand on it, but its fun to throw some idea around.

The “Krypton History” lesson, Snyder wanted to do a propaganda style with the liquid metal. It was an easy way to give more Krypton lore and explain the “world engine” according to Snyder. That scene was one Snyder really enjoyed.

Snyder also touched on how Kryptonians use their “heat vision”. He wanted to make their eyes, in and around, glow and power up before shooting, a deliberate design element.

Snyder mentioned how on the scout ship, Jor-El is in control of the ship after Clark inserts the crystal into the mainframe. While in control, Jor-El was able to manufacture the Clark’s suit. He said while Jor-El was sporting the black suit, he made Clark’s suit blue and red to symbolize more optimism for this planet, Earth, where Krypton failed.

Snyder loved the idea of Clark learning his powers. As a kid learning how to focus his vision and hearing to his laser eye and now to his flight. Snyder said he didn’t want it to be easy. To show more of the power jumping and struggle to keep flight. Then he emphasized how he wanted to show the pebbles lifting off the ground to give us the feeling of the power and focus he used to take flight.

In the scene where Clark is talking to a priest to see if he should save humanity or not, there is a stained glass of Jesus with a red cape right behind Clark. Snyder says its very representative of what Superman will be for people. A symbol of hope, a powerful being, something more than just a man.

When Zod makes his “You are not alone” message to the world, Snyder said he was going for a sci-fi “Take over” feel. The armor and “breather helmets” they wore were to make them feel more alien.

Deborah Snyder said one of her favorite scenes was during the Zod Superman fight was when Zod charged by climbing up the side of a building because he had not figured out how to fly yet. Both Snyder’s said that Michael Shannon was such an intense presence on set and such a great guy.

When Zod learns how to take flight, Snyder points out the pebbles that float up like when Clark first learned how to fly.

During the fight Snyder mentions the exact moment where they say Bruce Wayne looks to the sky to see Superman and Zod crashing into the train station. Snyder also mentioned prior to that, the satellite Zod is thrown into was a ‘Wayne property’. Joking that Bruce probably didn’t like the fact that he lost a satellite.

And yes, Deborah and Zack touched on the ending. She mentions the controversy surrounding the decision Superman makes by killing Zod. While not popular by the masses, she explains it by Clark is alone. The last Kryptonian because of this choice. The choice was that he chose humanity, he chose us over them. He is torn, he is the last Kryptonian but put his faith in humanity. She relates it to being parents of adopted children, how Clark was adopted by humanity. He had the choice, and he chose humanity.

Now I may have missed some talking points because I got caught enjoying watching the movie and the action (like Debbie did at one point during the stream) but the big news came at the end. And by now, you all know what it is.

Henry Cavill stopped by for a little Q&A with the Snyders and some fans. They teased it a bit, Cavill went as far as saying he’d like to see a Justice League without the mustache. Zack went on to say maybe he should to where Henry replied with “I reckon you show it”. To which Zack replied with a picture.

The Man of Steel watch party ended with the Zack and Henry announcing the Zack Snyder’s Justice League coming to HBO Max in 2021.

Over two years strong, the movement for Snyders vision to be seen reached its goal. And now we know, every JL member supported this from start to finish. Expect more news in the coming months. Hope you enjoyed the watch party!