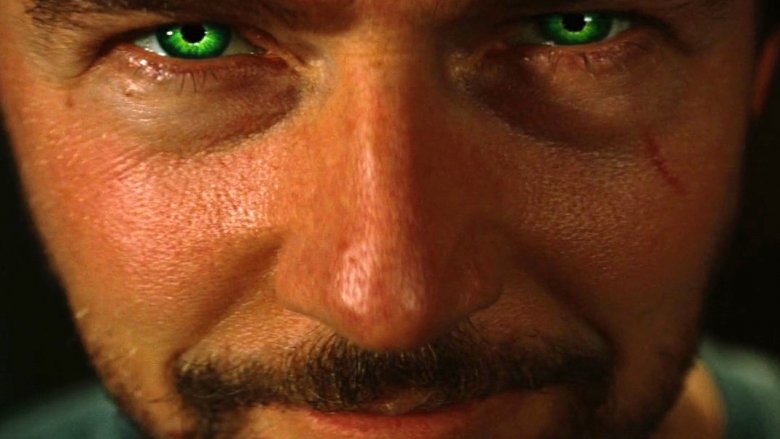 Could you imagine if Loki controlled the Hulk in the first Avengers film? Well we can.

Back in 2008 after the release of Iron Man everyone knew that an Avengers movie would already be in the works.  Yet no one knew exactly what would bring this team of heroes together.  Today we are going to take a look at one of the prominent rumors of the event that would bring the Avengers together.

The rumor that Loki would take control of the Hulk and this would be the event that brought the Avengers together came from how the Avengers were originally formed. The Avengers came to be when Loki tried to manipulate the Hulk into fighting Thor.  His plan was interrupted by Iron Man, Ant-man, and the Wasp showing up and stopping things before they got out of hand.  They then confront Loki about his plan and the Avengers are formed.  A little anticlimactic but it gets the job done, so it would make sense that the film would use the first forming of the team as inspiration.

One of the things that pushed this rumor was the ending scene in Incredible Hulk.  We see Bruce Banner alone isolated away from people in a cabin and meditating. We are given a counter that shows he has gone one full month without an incident of becoming the Hulk.  Banner’s eyes then turn green as he looks up at the camera with the counter going down to zero.  What did this mean for the character?  We were later informed that this was to show he had gained mastery of his transformation.  However at the time the mischievous grin led many to believe that this signified that Loki had taken control of the Hulk and he would begin running rampant.

This would lead to some changes in the Avengers film even though Hulk/Banner is one of the featured heroes we would see more of an out of control hulk than was in the movie.  Loki would have used the Hulk to distract the earth’s heroes while he attacked S.H.I.E.L.D to get the tesseract to let his army through.  Loki would know that the heroes coming together would be the only thing that could hamper his plan so he pits them against each other.

We would still get a confrontation with Thor, Iron Man, and Cap at the beginning of the film but it would be more about how to deal with the Hulk than what they should do with Loki.  Loki knowing how strong the Hulk is would hope that he would put a big enough dent in the team that they would have nothing to worry about.

The three heroes would get Hulk away from the city that is almost completely destroyed at this point and Black Widow show up and give a speech about them treating Hulk like a monster.  She would be able to talk Hulk down by speaking to him instead of trying to reach Banner.  She would have learned from Fury that Loki was controlling the Hulk and she would use that information to have Hulk force Loki out and turn back into Banner.

This would give us a start of the Black Widow and Banner relationship they were pushing for and she would later talk to Banner about how she too has a monster inside of herself but you can not ignore it or try to lock it away.  At times you must embrace that side of you.

Having experienced the Hulk destroy a whole city it would give everyone a completely different perspective on the character.  Where before all the things the Hulk did were kind of accepted by everyone, until “Age of Ultron” they had never really seen the damage Hulk could do when let loose.  When the battle ends Banner would turn himself over to S.H.I.E.L.D and everyone would get on the helicarrier.  We would later see Tony have his regular relationship with Bruce saying that this was Loki in control of him and that if he can turn that over to work for them all the good they could do.

Banner again would say it’s easier for Tony to say when there aren’t hundreds of lives weighing him down.  He would bring up his weapons being used for war and by terrorists to try and make a deeper connection with Bruce.  Captain America would always be wary of Bruce after what he saw him do as the Hulk and have difficulty seeing them as 2 different people.

While everyone is trying to figure out Loki’s next move the portal would open up in New York and the team they have would go down to stop the invaders.

At the same time we would see a conversation while Buce is meditating between him and the Hulk.  They would speak about what Loki did to them and how he made Hulk feel weak.  They would make an agreement that Banner would let the Hulk out to live every so often as long as Hulk did not hurt anyone and Banner could have input on their actions.  Hulk agrees temporarily and Banner transforms and they are easily able to get out of the cage shield made as Bruce is no longer trying to hold the Hulk back.  He jumps from the helicarrier and lands with the other Avengers in the city.

They all start to freak out but Tony asks whose side Hulk is on.  Hulk replies that “Puny Banner said Tin Man could use help.”

The movie would then progress the way it does but we would have a different version of Hulk and a lot more depth given to the Hulk Banner relationship.  This may even have even led to Hulk playing a larger role in the Avengers movies then we have seen and Banner being weighed down a lot more from the deaths that Loki caused.

Who knows if this would have lead to a different Bruce Banner casting and although this version of Avengers didn’t happen…..Could you imagine?