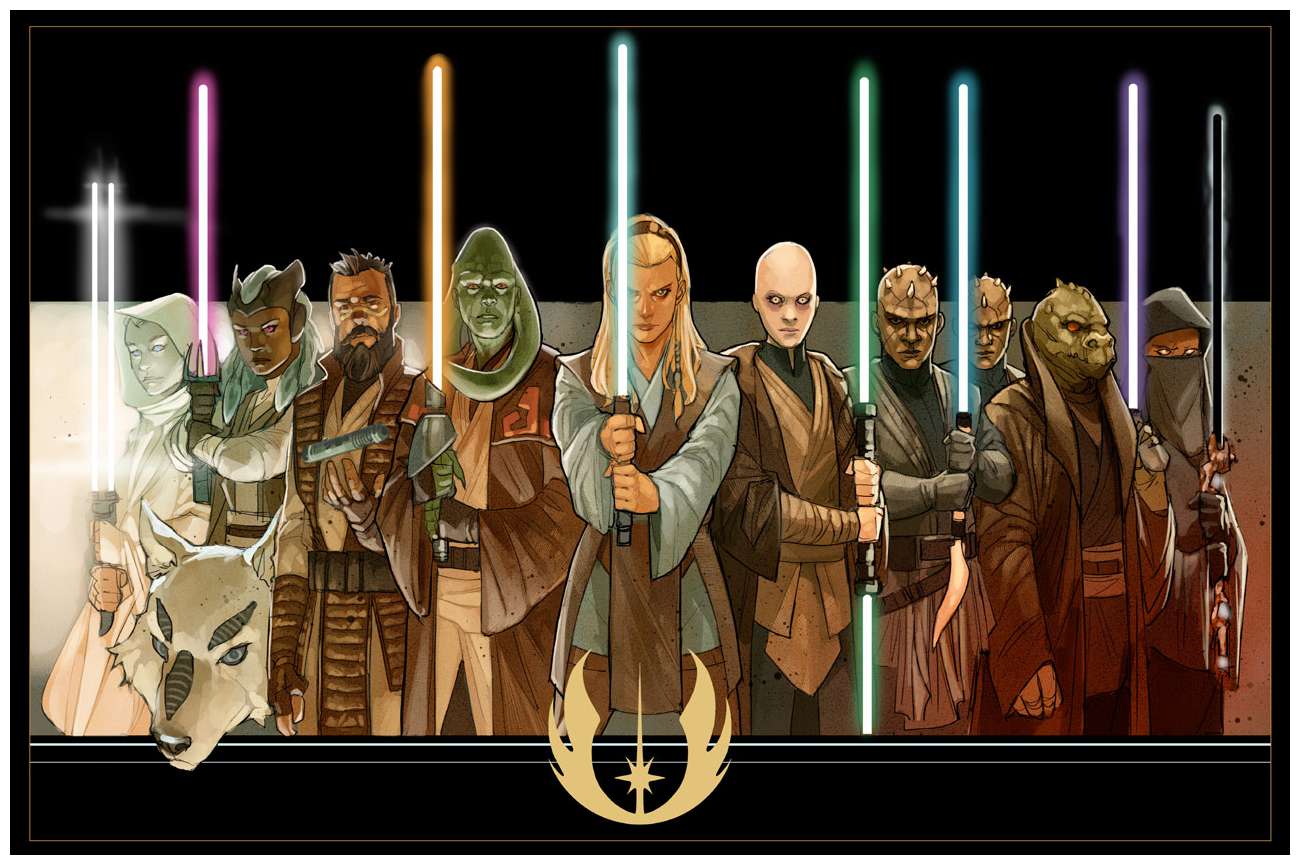 The new Star Wars ‘expanded’ universe work from Lucasfilm gives us a look at new characters from long before the events of the movies.

“After Star Wars was released, it became apparent that my story—however many films it took to tell—was only one of thousands that could be told about the characters who inhabit its galaxy. But these were not stories that I was destined to tell. Instead, they would spring from the imagination of other writers, inspired by the glimpse of a galaxy that Star Wars provided. Today, it is an amazing, if unexpected, legacy of Star Wars that so many gifted writers are contributing new stories to the Saga.” – George Lucas (foreword in the 1994 reprint of Splinter of the Mind’s Eye).

This idea from George allowed for countless authors to contribute to the mythos of Star Wars so long as they didn’t step on each other’s toes. From time to time, future books had to retcon or clarify, but it all seemed to work just fine. In 2012 Lucasfilm was acquired by The Walt Disney Company and with new ownership came new expectations. Since Disney is known for wanting as much control of their intellectual property as possible, in April of 2014, the move to rebrand all but the first 6 films, the Clone Wars cartoon series and a few other projects as “Legends” was not a surprise to most. The new category for what was formally known as the Expanded Universe, EU for short, may not have sat well with some fans but it allowed Lucasfilm to approach Star Wars in a linear fashion.

Lucasfilm has since published plenty of well received books and comics and in 2020 they are set to launch the most ambitious post acquisition project, Star Wars: The High Republic. This multi-platform project “will be set in an era when the Galactic Republic and the Jedi Order are at their zenith, about 200 years before the events of Star Wars: The Phantom Menace” according to Starwars.com.  Also, the project will keep 12 parsecs away from anything that has already been released on film/television, is in pre-production, planned for pre-production, or in post-production. Doing this will give “creators and partners a vast amount of room to tell Star Wars stories with new adventures and original characters.”

“For over a thousand generations, the Jedi Knights were the guardians of peace and justice” – Obi-Wan Kenobi.

In The High Republic announcement trailer, Michael Siglain (Director, Creative Lucasfilm Publishing), asks a very simple question, “what does that look like?” The team behind this is currently five authors and about 18 from Lucasfilm’s publishing and story group. These authors are Claudia Gray, Daniel José Older, Charles Soule, Cavan Scott, and Justina Ireland. All have contributed to the new Star Wars canon with a lot of fan fair.

About a week ago, Lucasfilm gave us a sneak peek into the first batch of characters they have brought to life to tell this new era of the Star Wars mythos. Here are the concept pictures and descriptions from Lucasfilm. Lets meet them.

Of those listed, I am most interested in the growth of Keeve Trennis. Her description makes me think that she will pursue what she has been taught is the ideal path of the Jedi while taking a hard knock or two. Writer Cavan Scott spoke to StarWars.com for this mini character reveal and mentioned “They are all different, approaching the Force in individual and unique ways and yet are united with a common goal. They serve not out of unwavering dogma, but a deep passion to protect light and life.”

With no less than five titles already announced for release starting in August 2020, Lucasfilm is ready to capture all ages with an adult novel, young adult novel, middle grade novel, and two comic books. I for one hope this ambitious effort pays off for current Star Wars fans along with future generations of fans yet to come.