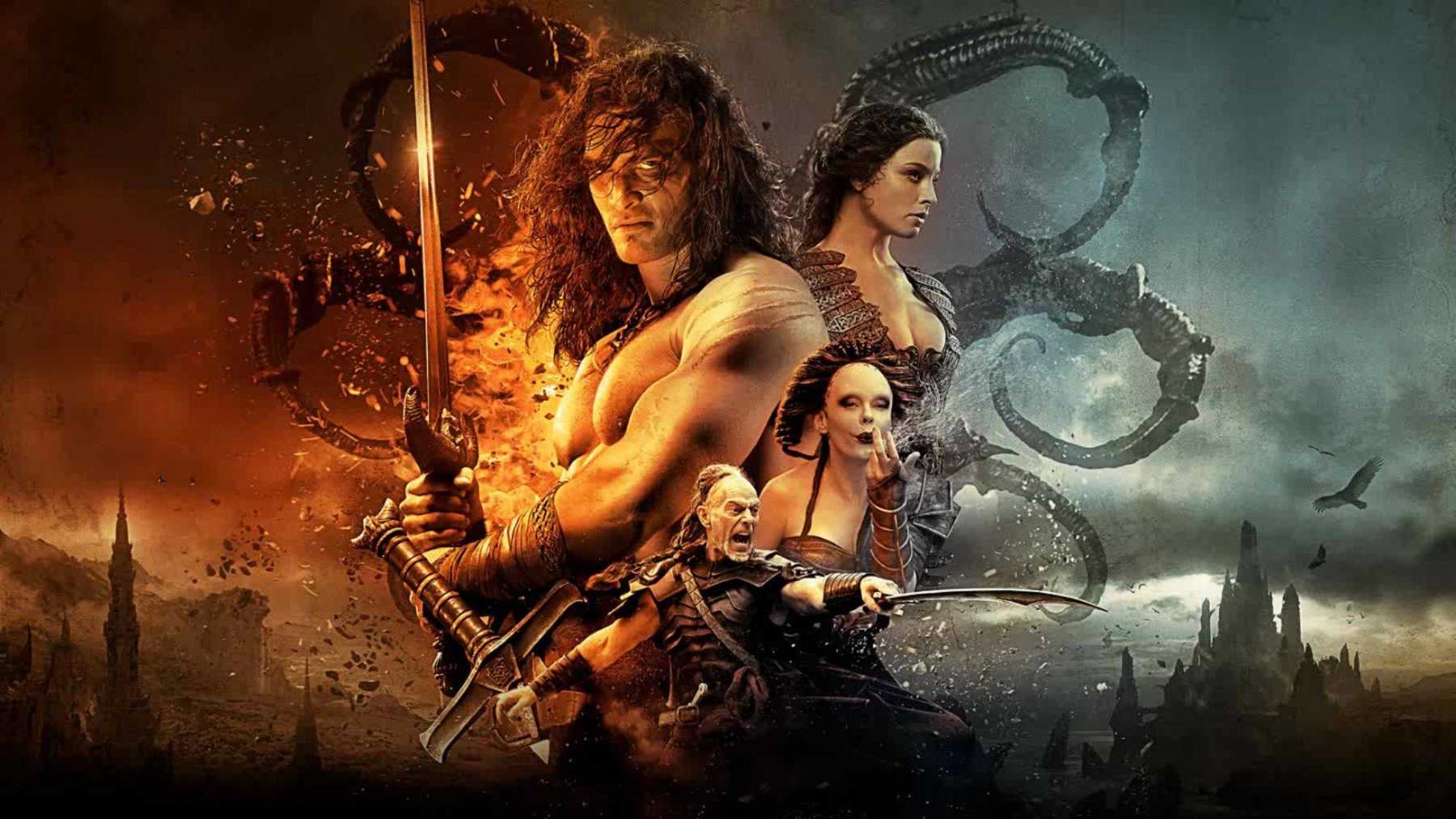 ` Conan The Barbarian was released August 19, 2011. The film is directed by Marcus Nispel, and stars Jason Momoa, Rachel Nichols, Stephen Lang, and Ron Pearlman. The plot sees Conan the Barbarian seeking revenge against Khalar Zym, the man who slaughtered his people. Meanwhile Khalar Zym and his daughter Marique seek the pure blood woman Tamara to unlock the powers of an ancient mask.

This movie is very mediocre, there’s a couple things I liked, but the negative far out ways the positive. What I did enjoy was a few of the performances, specifically Momoa and Pearlman. Ron Pearlman has this dry tone he delivers his lines in that he comes across as a no nonsense kind of guy and that made me like him more than the script would have allowed me. Momoa has a lot to live up to with Shwarzenegger’s performance but I thought he did a pretty good job, his performance is at least on par with Arnold’s in my opinion. Momoa injects a lot of energy into the character that the script was lacking. Momoa is easily the best part of the movie and deserved a better Conan script to work with.

I was really onboard for the first act of the movie. It wasn’t great but it’s better than the rest. Really because Ron Pearlman and his chemistry with Leo Howard who plays Young Conan. The opening narration from Morgan Freeman was also kind of cool even if the scene is an exposition dump. That’s pretty much all I enjoyed.

The editing in this movie was pretty poor. I had a hard time figuring out what was going on in the action, there were like 5 cuts for one sword swing, and that’s a terrible way of editing action. The filming for the action is also subpar given how close the camera is. This combined with the editing made the action pretty lackluster and for an action fantasy that’s a major problem. This is a letdown because Momoa said he did 80% of his own stunts. It’s hard to appreciate the stunt work when I can’t really see it.

The plot is incredibly simplistic and lacking any actual character work. It’s a more barebones revenge plot than the 1982 Conan, which also didn’t have a very complex story but made up for it with character work and good action. I really couldn’t tell you what Conan’s arc is, he wants revenge and gets it without too many obstacles. He never really grows to win the final battle he just kind of tries again, which makes the finale feel hollow. Every other character is also super bland and kind of forgettable. Tamara the love interest is just a damsel in distress and a macguffin for the film. The character Artus, is Conan’s best friend but they don’t interact much apart from one or two lines and an arm wrestling match.

The CGI in this movie is incredibly noticeable. Everytime you see CGI blood, or magic, or a monster, it immediately pulls you out of the film. Before you tell me that I should cut the movie slack because it’s a fantasy film, and It came out 9 years ago, Lord Of The Rings had better fantasy CGI, and that came out 10 years prior.

Jason Momoa tries his hardest to put energy into a story which seems to discourage it. The first act may trick you into thinking the movie will just be mediocre, but the film itself is pretty bad. Bad CGI will pull you out of the experience if the terrible plot didn’t already. The fight scenes can’t even save the film because the filming and editing of them are very amateurish. Hopefully someday Conan will bounce back in a film worthy to bear the character’s name again.