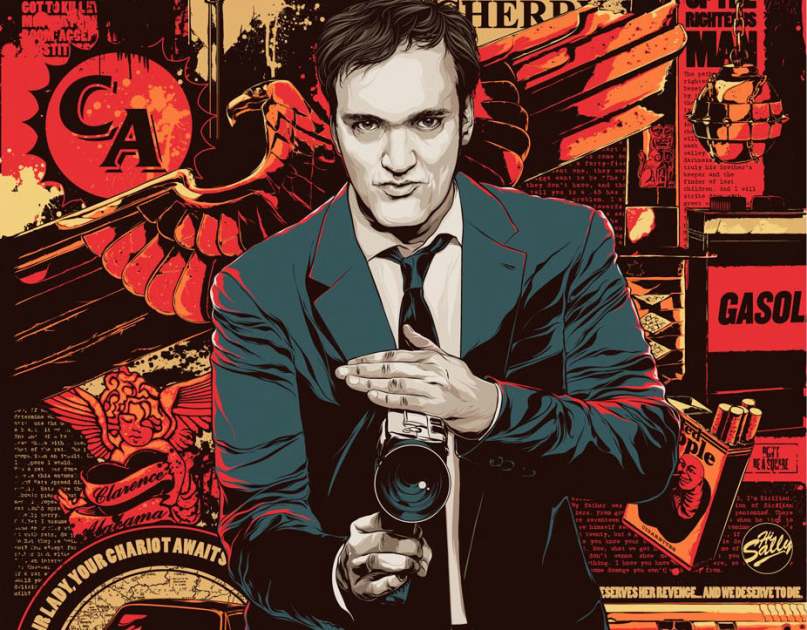 Being cooped up in a worldwide lockdown has people going a little kooky and celebrities aren’t exempt. Michael Madsen, A.K.A. Mr. Blonde in Reservoir Dogs, recently recreated his infamous scene in Tarantino’s 1st film with his family at home.

The Hollywood Reporter caught up with Madsen where he drops a few nuggets of a prequel that was never made. In 1992 Tarantino made his directorial debut with Reservoir Dogs. In 1994 he released the cult classic Pulp Fiction. The common denominator in these films are the hitmen dressed in plain black and white suits. An even deeper connection are the characters Vic Vega (Madsen) and Vincent Vega (John Travolta) in Reservoir Dogs and Pulp Fiction, respectively. Tarantino has said he had thought about making a prequel with two Vega brothers.

“We were supposed to be in Amsterdam, criminally,” says Madsen of Tarantino’s thoughts. “The picture was going to start out with the two of us being released from prison in different states. And we open up a club in Amsterdam.” In Pulp Fiction, Vincent Vega says he just returned to Los Angeles from Amsterdam.

As each year passes by, Madsen and Travolta age a bit more making the idea of a prequel to a 1992 film more unlikely. But Hollywood is where miracles can happen. Take Netflix’s The Irishman for example. They made Robert DeNiro, Joe Pesci, and Al Pachino look like their younger counterpart with ease. The technology is there to make it happen. Although, using that type of CGI isn’t Tarantino’s forte. He’s much more known for his skills as a writer and storyteller. According to Madsen, a few years ago Tarantino had a different idea to bring the actors back together.

“He had come up with this idea that it would be the twin brothers of Vic and Vincent, who met after the deaths of their siblings,” Madsen says, chucking. “It was very complicated, but when Quentin starts discussing an idea, it’s very easy to go along with it.”

So there you have it, would you be interested in a Vega Brothers spin-off or has that ship sailed? Tarantino has also thought about making a Jules (Samuel L. Jackson) spin-off where he wanders the earth like Kung Fu. Both would be interesting to say the least.

Here’s the video of Madsen and his family having a little Reservoir Dogs fun.