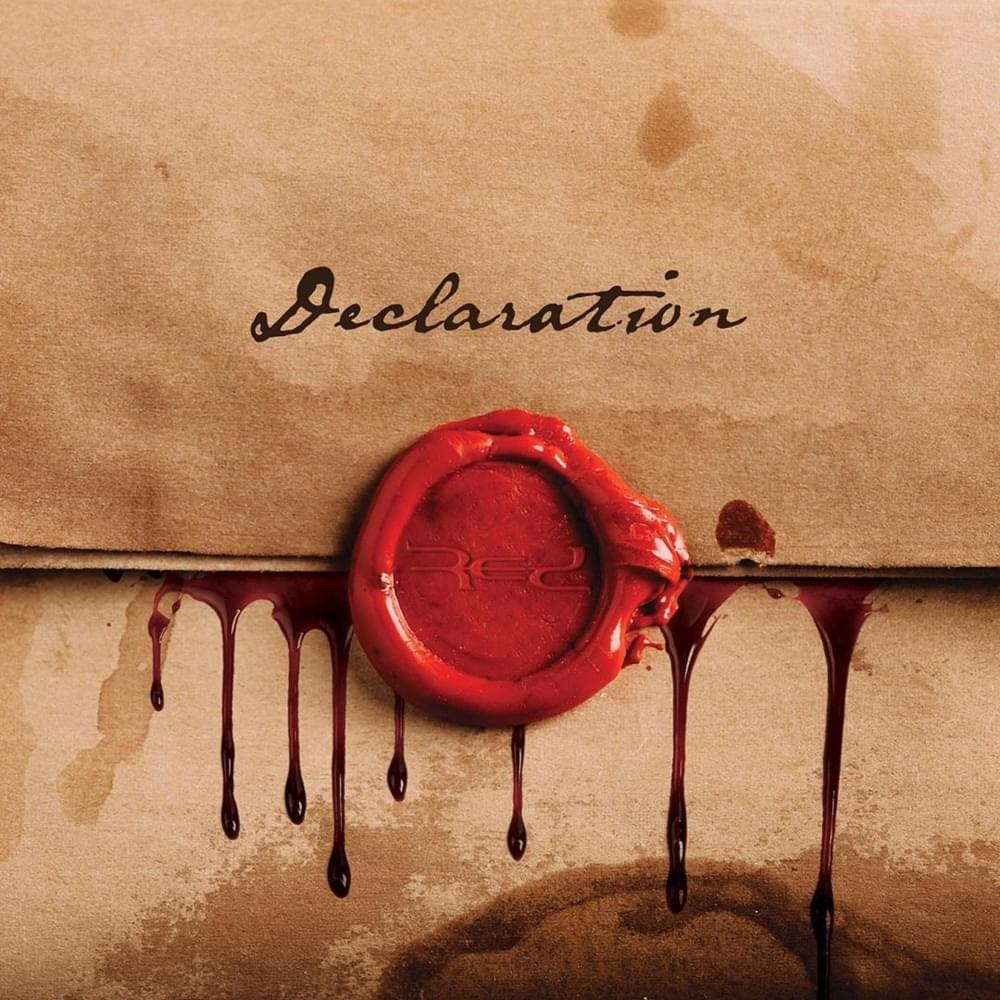 Red has been on the scene ever since their smash hit debut “End Of Silence”(2006). They’ve created a cinematic style of Alternative Hard Rock which hasn’t been altered too much over their discography. After their album “Gone”(2017) Their contract with their label had ended. Red made the bold decision to go independent, and fans wondered what the future of the band would entail. After 3 years and an EP “The Evening Hate”(2019), the band has released their 7th album “Declaration”

“All For You” was the second single and is the opening track of the album. It perfectly sets the tone for the rest of the album, Aggressive guitar melodies, sharp violins, harsh emotional vocals, and lyrics about personal anguish. The bridge where the violin sort of breaks down and fades into the chorus is an excellent example of the bands skill at presenting build up and pay off within their music.

“The Evening Hate” starts with a harsh guitar melody which leads to a vocal section backed up by muffled guitars. This song is just a really good build up and pay off, the muffled guitar’s build into a harsh guitar section complimented by vocals which have such a great energy to them. The way Michael Barnes screams in anguish when he sings proves that singing is almost like acting for him. The violins go a long way into adding atmosphere to the track. All this combines into being the best track on the album.

“The War We Made” Is the fourth single from the album. The band once again shows off how well they can merge violins and electric guitars into a cinematic sound. Michael Barnes again shows off his impressive vocal range as he ranges from a reserved tone to screaming the song’s title in an emotional way.

The track “Infidel” during bridge uses backup vocals which illustrate the personal struggle of the singer. This track uses different styles of vocals to best tell the story within their lyrics in a very haunting fashion.

The album does fall short in some aspects of mixing. The tracks “The Evening Hate” and “Only Fight” Have a moment of dead air which kills the momentum the songs were building up. This momentum is essential to keeping the pace of the tracks but those few seconds of silence cause you to think your headphones might be broken before resuming the song.

Declaration is a great addition to the discography of Red and is sure to please the band’s fan base. The album hits hard in all the right ways apart from some slight mixing errors. It’s a good return to form after their more experimental album “Gone”. It’s one to check out by listeners of hard rock and metal, and will definitely deliver a cinematic experience.

Declaration by Red features tracks written and produced by Rob Graves and Anthony Armstrong. The album is available for streaming on all major streaming platforms and physical formats.