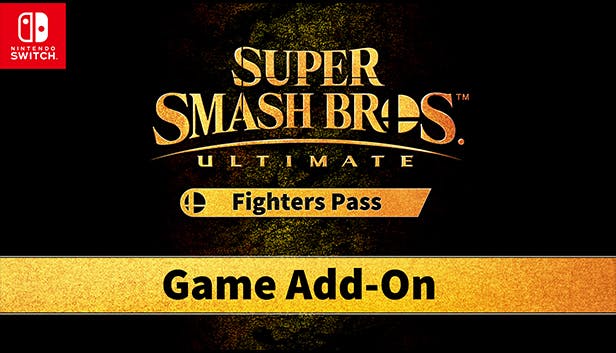 The base game launched with 70+ characters, which is crowded for any normal fighting game, but Ultimate decided to add every single character ever. Then there was an additional DLC pack adding 5 new fighters that included Joker from Persona 5, Banjo and Kazooie from Banjo Kazooie, Hero from Dragon Quest, Byleth from Fire Emblem: Three Houses, and Terry Bogard from Fatal Fury.

Now there’s a second DLC pack promising six more new characters. With Smash, the possibilities are truly endless, and fans have had their say on who they want.

In the latest Nintendo Direct, it was confirmed that a character from ARMS will be joining the fight. So now only five characters are left.

At this point, the only rule a new fighter would have to follow is that they had to have originated from a video game. Another unofficial rule is that Sony characters are most likely off-limits as well. Other than that, all bets are off now when it comes to speculation.

It’s quite possible that none of these characters end up in the game, but it’s always fun to speculate. Here is a wishlist of fighters that would be great for Super Smash Bros. Ultimate.

From: Devil May Cry

Dante is a beloved character from a beloved series who looks like he belongs in Smash. With his swords and gun combo, he would be a blast to use. He’s already appeared in Marvel vs Capcom, so him joining Smash is honestly a no brainer.

Crash was once considered the unofficial PlayStation mascot, but now he’s been on all systems. He’s an iconic platforming hero who would fit right in with Mario, Sonic, and Megaman. His appearance would also mean a lot, considering that Sony famously failed to get him into PlayStation All-Stars Battle Royale.

Scorpion is one of the most recognizable icons in fighting games. The game would definitely have to tone down his violence, but it’s definitely possible to implement him without Mortal Kombat’s signature gore. His final smash could be a tongue in cheek censored fatality that fits into the game.

Possibility: If Microsoft let Banjo in, anything is possible

Microsoft and Nintendo have had an interesting relationship lately with crossplay happening and letting Banjo into Smash.

If Nintendo wanted a First Person Shooter representative, Master Chief would be perfect. Master Chief like Snake could have a very tactical move set using the many weapons in his arsenal.

While Banjo can be considered an exception since he used to belong to Nintendo, Master Chief appearing in Smash is pretty much the equivalent of a crossover between Marvel and DC. The only thing crazier would be if someone from Sony joined as well.

Doom is pretty much the godfather of First Person Shooters. If Master Chief isn’t happening, then it’s most likely Doom Slayer. Doom has had a strong presence on the Switch, with its past and current titles on the system.

The developers could get creative with his move set that can implement his history as an FPS icon. Also, the fan crossovers between Doom and Animal Crossing are humorous and it would be a sight to see if Isabelle and Doom Slayer are side by side.

From: Super Mario RPG: Legend of the Seven Stars

This is the character that hardcore Nintendo fans want the most, to the point of director Masahiro Sakurai acknowledging it.

Super Mario RPG is a beloved game from the 16-bit era and Geno was a character people fell in love with. Many consider him the last important missing link in the roster.

His inclusion in the game would be huge because he’s pretty much the symbol of Nintendo and Square Enix’s past partnership. Cloud’s inclusion is nothing short of a miracle, but fans have noted that it seems like Square is strict with their licensing rights since there’s barely any Final Fantasy music tracks in the game.

While Geno was in a Mario game, the character rights belong strictly to Square, and it would be up to them if he could rejoin Mario and the gang.

Smash Bros. needs more female icons and Lara Croft would be a great addition to fill that hole. It would be mindblowing to see Lara and Samus side by side, and Smash can make that happen.

Lara’s move set could revolve around her crossbow and survival tactics. Her final smash could be her attacking her opponents in a deadly tomb and trapping them there.

This is a crazy pick, but honestly why not? Resident Evil is the biggest horror game franchise and it has had a strong presence on Nintendo consoles. Instead of choosing just one character, why not do a Bowser Jr. and make each color a different skin?

Having this type of representation would be amazing. It just didn’t feel right leaving one of these characters out. While Resident Evil is a violent horror game with zombies, the developers could definitely get creative with them, and implement a lot of the series’ lore into their move sets.

Minecraft is one of the most famous video games ever, and it’s kind of strange that there’s no representation of it in Smash. The game is for all ages and it has a presence on Nintendo consoles.

Microsoft does own the property, but Banjo was probably Nintendo’s biggest priority from them. It could still happen since Microsoft has had no issue putting Minecraft on every system.

Steve’s move set would definitely implement his pickaxe and building abilities. He could be the weird character of this DLC pack.

Final Fantasy and Disney is a winning combination in many people’s eyes. Sora is the main face of the beloved Kingdom Hearts franchise and is definitely one of the most requested characters ever.

He could fit easily in the game, with his giant key, and many recognizable moves from the series.

Unfortunately, his licensing rights would be a nightmare since Disney owns Kingdom Hearts, and they are probably the strictest people in the entertainment world when it comes to that.

This character from this relatively recent game has been getting a lot of traction lately in the speculation world.

She’s another potential female fighter that would be a great addition. Her moves would probably be easy to figure out since there’s no shortage of fighting in Nier: Automata. She could also use her robot assistant Pod for long-ranged attacks.

She would be another interesting rep from Platinum Games, similar to Bayonetta. Hopefully, she doesn’t break the game.