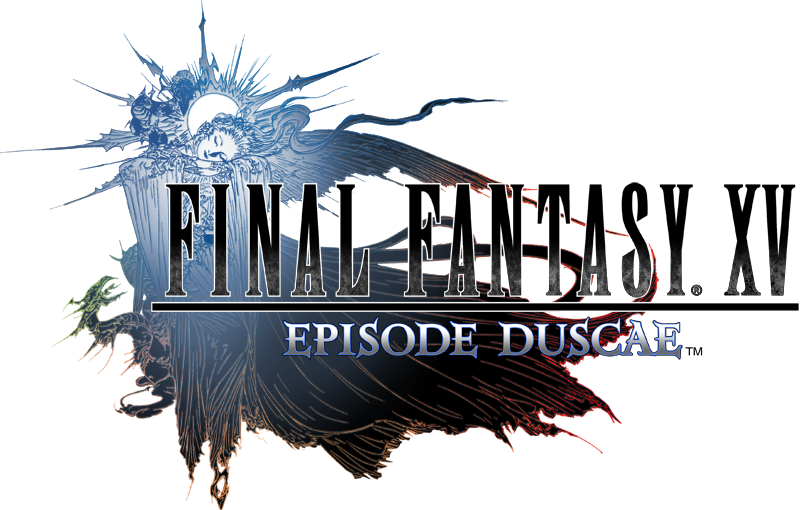 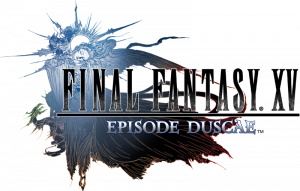 One could say that often the hype of an item will outshine the final product, and when it comes to Final Fantasy XV, fans worried that this game would fall into that category. Thankfully, Final Fantasy XV Episode Duscae lives up to every ounce of that hype.

Now thanks to the Demo bundled in Final Fantasy Type-0 HD, we finally get to play the game many spent years waiting for. 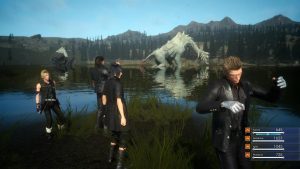 From the moment the “demo” is started, you are left with a feeling that this isn’t actually even a demo, but rather a fully released section from the game. Unlike Square’s demos in the past, this demo felt polished beyond anything fans expected. The Graphics are clean, the voicing and dialogue is completed, the music is solid, and the gameplay is fluid. One would argue that the only hindrance to this game is its camera, which is a safe bet will be modified heavily by its final release.

Episode Duscae opens with our hero Noctis and his group of trusted friends seemingly stranded. Their car has broken down and they are left with having to go out and hunt wild animals to earn the money needed to get them back on the road. Once your group decides to go out and try and hunt a Behemoth in exchange for the bounty fee needed to fix their car, the game gets right into teaching you how to play. What surprised me was that the game gives you the choice, making this tutorial is 100% and much easier on people wanting to replay this demo.

Once the tutorial is completed, or skipped, you have free range to either complete the bounty or explore and kill any animal aimlessly. If you wanted to go straight for the missions, you can complete Episode Duscae in a couple of hours, but if you wanted to explore, you can spend as much time as you want in this world.

The Gameplay and Controls feels like a hybrid of Final Fantasy XII’s battle system and Kingdom Hearts, which is both refreshing and unique for a Final Fantasy game. Unlike previous older Final Fantasy games, Final Fantasy XII and the XIII trilogy being excluded from this of course, this game has no random battle system. Every enemy you see in the wild can either charge you or you can charge them. What I found most impressive was the summon system. During the demo, fans are giving a quest to traverse through a monster filled cave, and when finally making it through the entire thing, you find this oddly shaped green tree. Touching the tree ignites something in Noctis, and bestows upon him the ability to call Ramuh. Unlike previous games, FFXV doesnt just let you summon any time you want, but he only appears when your lead character’s HP hits 0, but when it does, everything dies. Its surely a sight to be seen.

One of the most surprising things I found, and i’m sure is easily one of the most controversial changes for fans, is how you level up your characters. During the day, our heroes run around killing whatever they come across, stockpiling Exp, and when you finally rest for the night (yes, this game has a day/night system) you cash in those points, lvl up, get skills, etc. This makes the game not only more realistic, but also forces people to grind, and save your game in-between missions.

All in all, I loved this demo. Hopefully the final product is close to what many have gotten to play here, because if so, fans are in for a treat.