…that all video games were, in fact, reality. Would you create travel plans based on previous missions you’ve completed? Would you be able to accept the laws of the video game applied directly the real life circumstances?

Well, fortunately, for the well-being of those around you, they aren’t. But what if… they were indeed real?

I know the first place I would go… Los Santos (GTA V). Upon arriving to Los Santos, I would cruise in my dilapidated ‘whip’ over to Los Santos Customs. Probably adding some Hot Pink Underbody Lighting to my Mazda 3. Then, I would fit it with a ridiculously loud Truck Horn, so I could warn drivers in the oncoming traffic lanes. Last but not least, I would add some ill fitted off-road tires; just in case I needed to make a quick escape up a mountain from the local PD.

Once I was pretty sure my car was completely pimped out, I would call up my best friend, Trevor. We’d probably go throw some darts (while I secretly hope that he’s aiming at the board and not me), get terribly drunk, then hang out with Cletus to hunt the elusive ‘care tiere’ (car tire) with some Sniper Rifles.

Finally, after a long day of shenanigans, I’d want to relax by driving a dirt bike off of the top of Mt. Chilliad, jumping off the bike mid-air, and activating my parachute to gracefully glide into the military base.

Well… maybe I would avoid that part. 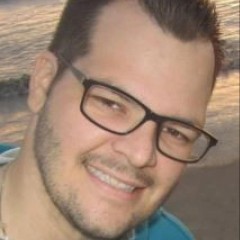