First of all you should probably know what SaltFest 2014 is gonna be. I would describe it as a two-day video game convention in Salt Lake City for anyone who is interested in video games professionally or as a pass time. That in mind, read what we have in store for this year.

Reason number 1—You can meet Mr. Torgue from Borderlands 2

…Or the guy who voiced him, Chris Rager. If you close your eyes, you will not be able to tell the difference. If that doesn’t tickle your fancy then just ask him to recite one of his many lines from the 30 animes that he has voice acted in.

If you wanna meet the minds driving of the indie video game scene then stop by SaltFest, because lets face it, they may be super famous one day and then you will never get to talk to them as a simpleton.

Yup, thats right. You get any number of nerds together in one place there will be costumes. There has to be some sort of law dictating that when X number of nerds gather in one localized place then there needs to be Y number of them dressed up as their favorite character from (insert medium). This really should have its own formula: X(nerds)=Y(costumes). So come check out these dedicated cosplayers, and you may get inspired to join in!

Reason number 4—We have panels

All sorts of panels, too. Big ones. Small ones. Some made of fine wood and….oh nope, not those panels—I mean the kind where you get to listen and interact with industry leaders and maybe even someone famous! And who knows, if you look hard enough you may get to see some real life wooden panels on the walls. Keep your eyes peeled.

You know what gets gamers right in the feels? Nostalgia. BOOM! So what better way to pull on your little heart strings than to bring in a bunch of stand up arcade machines and let you go at it? And I can already hear it now, “But guys, I’m too young to have ever gone to the arcade and let those machines eat quarter after quarter all day.” Well don’t you worry little Timmy, because we will also be setting up old school gaming systems in an adjacent room. Thats right, you can spend the entire weekend in 8-16-bit worlds if you really want to.

Step up your game and compete against others in our designated LAN room. There will two designated areas for computer gaming as well as console gaming. We will be holding competitions for tons of games including:

The beauty of it all is that you can bring your rig or console and set up and play just for fun too. So don’t be shy and jump on in on this LAN crazed action. Only one thing I will add here, if I hear any person say “solo mid or I feed” while playing league, so help me you are going down.

If you are into video games and want to be around a bunch of people at all stages of life and careers who are also into video games, then this is the place for you. Salt Fest had a great turnout last year and for the second annual SaltFest event we want to make it even bigger. If you have any questions feel free to hit us up Facebook, Google+, and Twitter, or just email your questions or concerns (save the compliments for in person) to [email protected]. See you there! 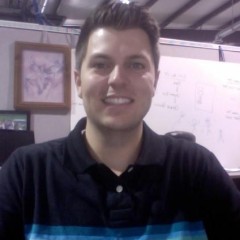