The release of the Mass Effect trilogy to the next gen consoles is beginning to ramp up. According to a “Tweet” from Aaryn FLynn (Canada GM of BioWare).

“We have discussed that internally. If we can put solid plans together we’ll share. Great to hear you’re keen”.

The remastering of this Trilogy isn’t too far of a reach. We see games remastered frequently when new systems are released. (The Last of Us, Fable, Final Fantasy X) With the fan base that the Mass Effect Trilogy has built over the years, BioWare would benefit greatly from a re-release.

This “leak” could be BioWare’s way of telling current and future players alike that they will get a chance to play the series in a completely new visual and performance experience just before the release of Mass Effect 4 in 2015.

ZMART has since taken down the listing of the Remastered Trilogy, again pointing to a repeat of what happened with “The Last Of Us: Remastered”. 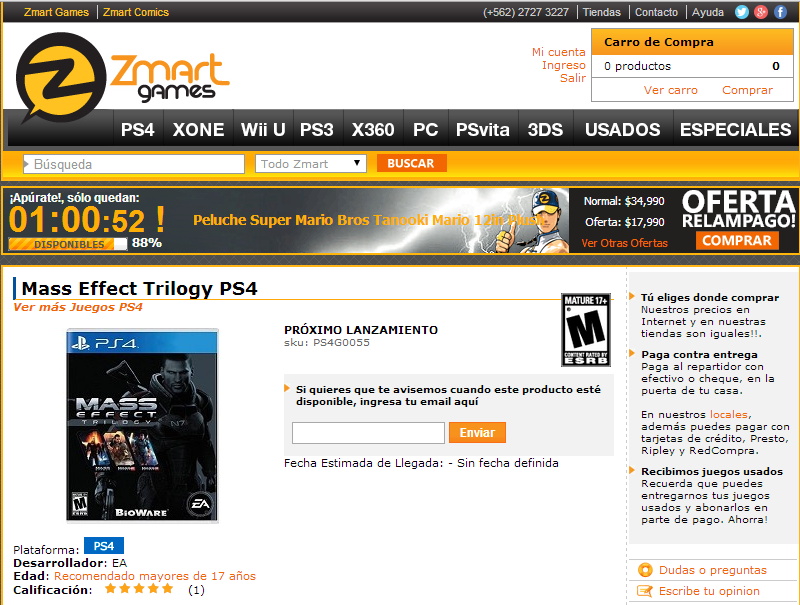 We have yet to hear the newest updates from BioWare which they stated we would know about sometime in 2014. Whether this announcement is for the remastering of the current Trilogy or the reveal of the next game in the series remains to be seen.