Tag: X-Men Days of Future Past 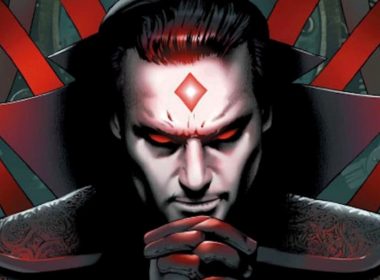 Although development hell seems to have claimed the long-hyped Gambit film (featuring Channing Tatum as the titular mutant hero), we now know one villain who was set to appear. Mister Sinister was set up in the end credits of X-Men: Apocalypse.

Not so long ago, a tv advertisement for X-Men:Days of Future Past introduced a young girl, who many believed to be the Scarlet Witch. Empire Magazine caught up with director Bryan Singer, who revealed that the ‘princess’ in the tv spot, is in fact someone else: Is that the Scarlet Witch? […]

After-Credits Clip on ‘Amazing Spider-Man 2’ features clip from ‘X-Men: Days of Future Past’

Nowadays, most people know not to leave the theater before the credits end in a Marvel movie. Marvel has carved out a name for themselves for putting extra little movie scenes in or after the credits. One thing we could usually count on with these credit scenes is that they […]

Hugh Jackman In Talks For In X-MEN: DAYS OF FUTURE PAST

Days ago, we were hit with the stellar news that Ian McKellen and Patrick Stewart would be reprising their roles as ‘Professor X’ and ‘Magneto’ in the upcoming X-Men movie, “Days of future Past”. Speak of this has greatly pleased the mutant fans and has appeased the appetites of skeptics […]