11 hours ago
Russell Crowe To Play Zeus In “Thor: Love And Thunder”
14 hours ago
The Official Trailer for “The Conjuring: The Devil Made Me Do It” Has Been Released
1 day ago
Disney Sets Big Deal to Bring New Content (Including Spider-Man) to Streaming Platforms
3 days ago
Emilia Clarke Set To Join Marvel Studios’ ‘Secret Invasion’ Disney+ Series
4 days ago
The Flash Movie Officially Starts Production, Director Teases Title Card
4 days ago
‘Shang-Chi And The Legend Of The Ten Rings’: Trailer & First Look Images Released By Marvel Studios 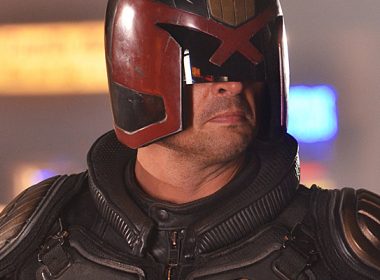 Almost a decade after “Judge Dredd” was rebooted, it looks like the TV series spin-off “Mega-City One” may finally get picked up. The kicker? Both Karl Urban and Sylvester Stallone are being eyed to reprise their roles as Dredd in some capacity for proposed series.

Sad news, Dredd Fans: the film’s screenwriter, Alex Garland, says we’re not likely to see a sequel to the 2012 cult hit. In a recent interview with IGN on the set of his directorial debut, Ex Machina, Garland gave us some real talk: “As far as I’m concerned? Yeah it […]