3 hours ago
Filming For ‘WandaVision’ Star Elizabeth Olsen’s Role In ‘Dr. Strange In The Multiverse Of Madness’ Has Begun
17 hours ago
A Special “Monster Hunter” Livestream Is Set To Take Place Next Week And Will Be Hosted By The Films Director
21 hours ago
According To A Recent Leak, Next Year’s Pokémon Game Could Possibly Be A Remake
2 days ago
“Cyberpunk 2077” Has Released An Official Game-play Trailer Along with Behind-The-Scenes Footage
3 days ago
[TCN Artist Interview] Peyton And Tanner Whitt From RAGS AND RICHES
5 days ago
[TCN’s Studio Spotlight] Vol 4: Ubisoft 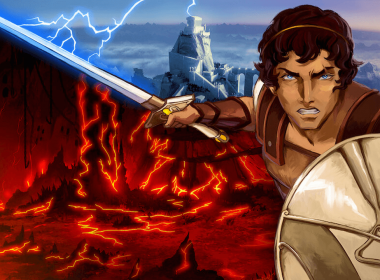 Blood Of Zeus is a new fantasy animated series that was recently released on Netflix. The series stars Derick Phillips, Jason O’Mara, Jessica Henwick, Claudia Christian, Jennifer Hale, and Matthew Mercer. The series revolves around a young prodigy named Heron, caught between the conflict of the Greek gods and ancient […]